Sonora, CA -- Three Tuolumne County Sheriff's cars were lit on fire early this morning.
The cars were parked outside of the Sheriff's Office Administration building on Yaney Avenue. Sheriff Jim Mele says a fourth vehicle was also set on fire, and he believes this may have been left by the arsonist. It is unknown if the suspect actually owns the vehicle.
"We're looking at this and treating this as an act of terrorism to the Sheriff's Office," says Mele. "Obviously it was very deliberate, this vehicle was placed between the patrol vehicles, and the other vehicles were doused with gasoline."
No arrests have been made. All four vehicles were destroyed. The fires were set at around 3am. State and Federal agencies have been contacted to assist the investigation. 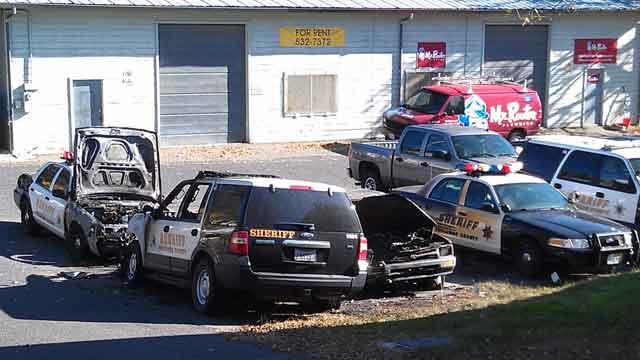