One pack headed south, and two packs (I guess I don't really qualify as a pack when I'm riding by myself, but it sounds better this way) headed north along highway 49. I had a couple readjustment stops along the way, but by the time I came across Gus and Andrew, Gus's battery had taken a shit.
Shortly after we had diagnosed the problem, Josh and Jason blasted past us like they didn't even know us! On a mission from God! A chase insued, and I was able to get them turned around and back to where the dead bike was.
Sun was headed down, so we sent Andrew on a parts run, and he returned with fried chicken and biscuits! And a battery... The shovel would live again!
A concerned Andrew watching Dr. Gus 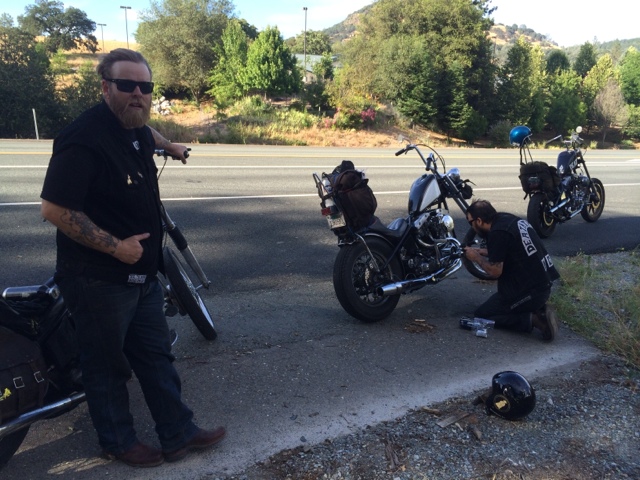 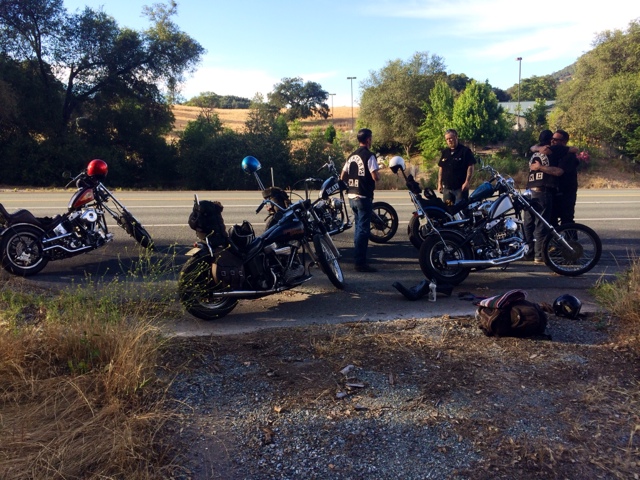 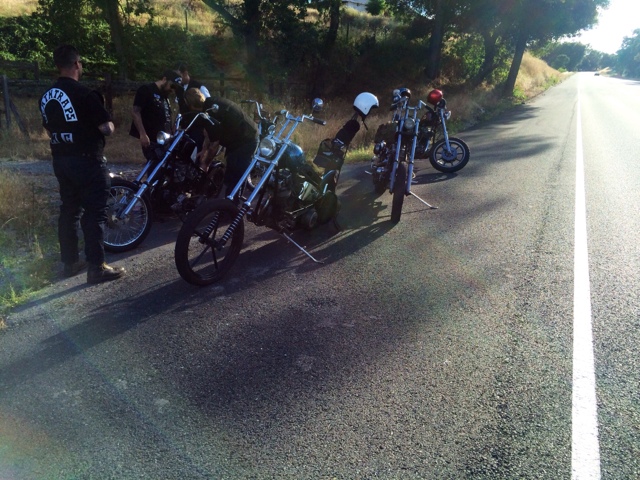 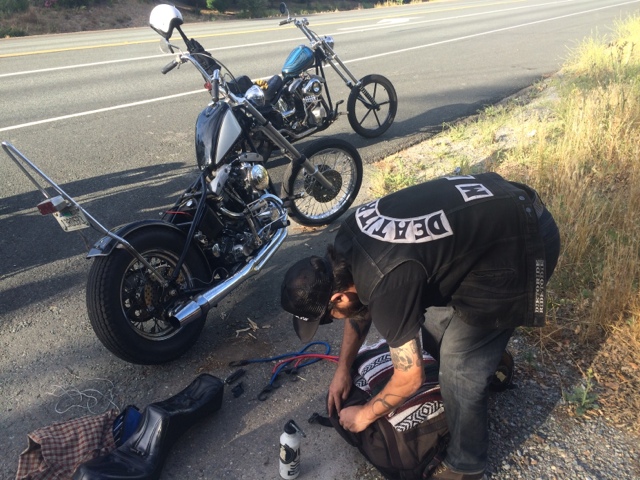 While staring at other bikes, Josh noticed Jason might need a custom heat shield for his oil lines. Being stuck on the side of the road in beautiful California, finding trash would not be a problem! Aluminum can, check! Bailing wire, check! 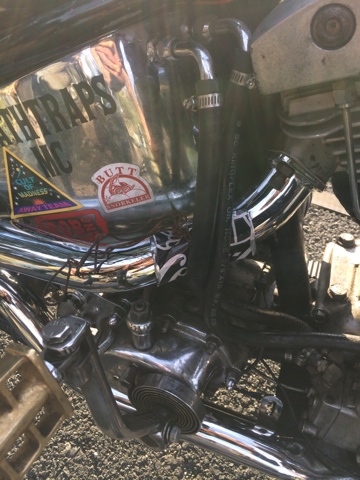 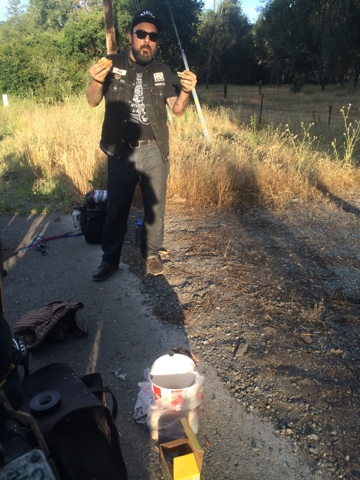 Jason and I would head south together while the rest of the guys went north. Josh would eventually head back west towards the ocean. 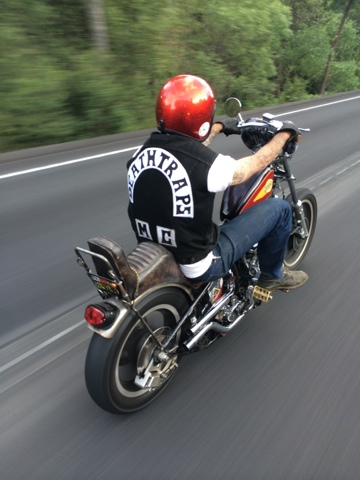 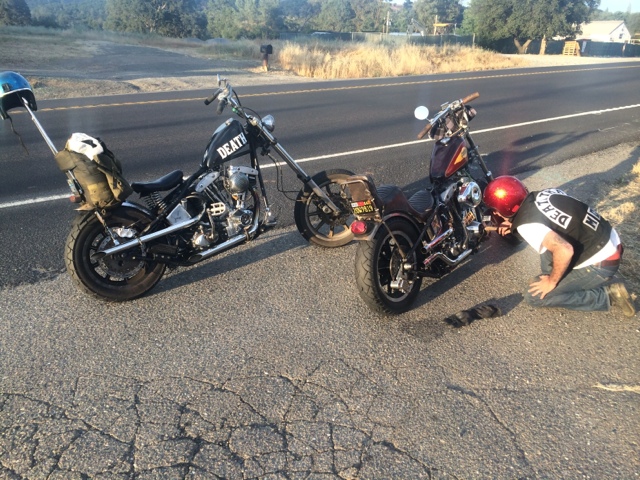 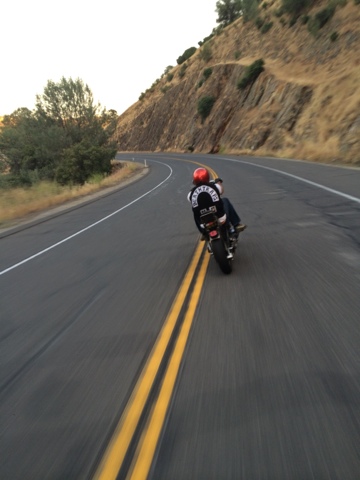 Crossing the county line as the sun was going down. 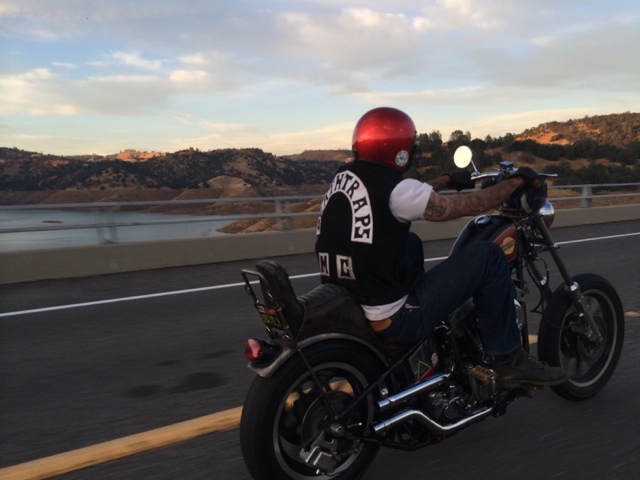 Labels: Deathtraps MC, Goldenchain
Newer Post Older Post Home
Deathtraps Motorcycle Club is made up of a core group of riders who believe that the sole purpose of owning a chopper is to ride the living hell out of it.