We woke up first thing Tuesday morning and continued working on the bikes. Unfortunately these problems would force us to cancel our trip to Normandie and Omaha Beach.

It took us the majority of the day, but we finally had figured everything out, fitted Brian's bike with a new fuel line, fuel filter, and cleaned out the tank liner that we had found in the bowl. The sun was now low in the European sky, but we decided to head out and visit an old town that was abandoned some years ago because of plans to expand the Antwerp harbor. The harbor never did expand, but 99% of the buildings are still vacant, with a few diehards holding on. 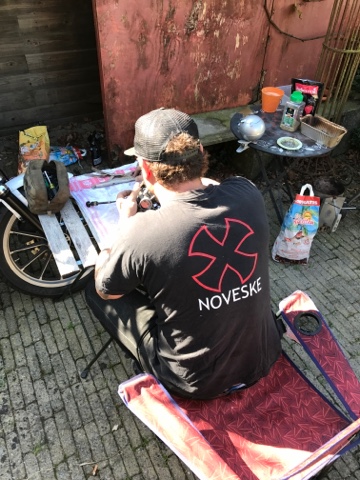 Stealing parts off of a donor bike. An unwilling donor... 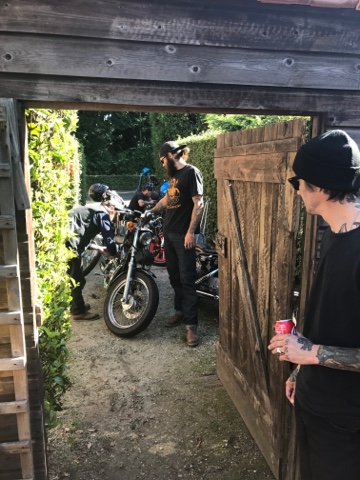 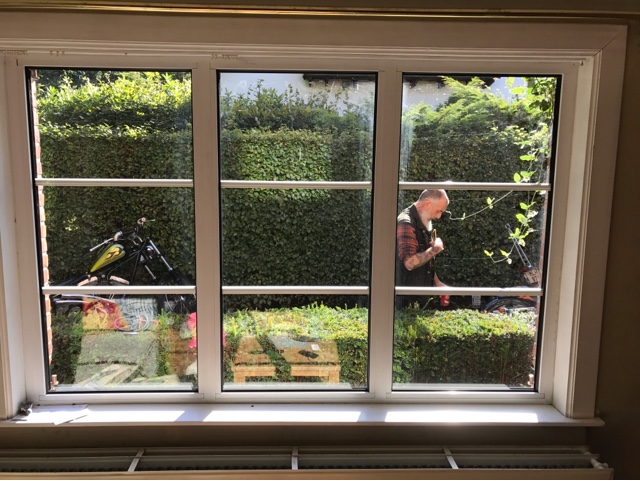 Gassing up before Doel 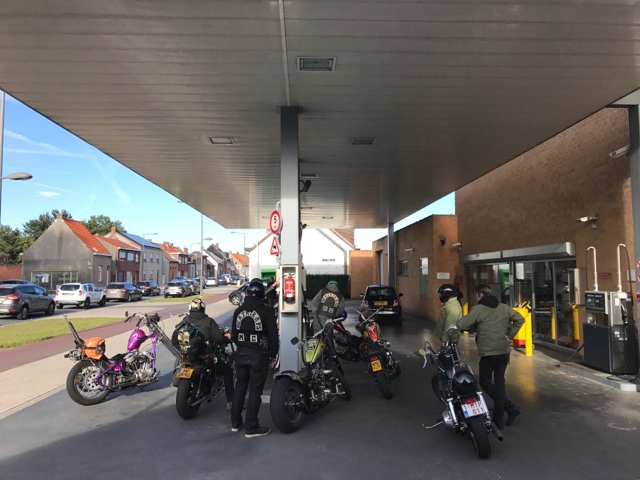 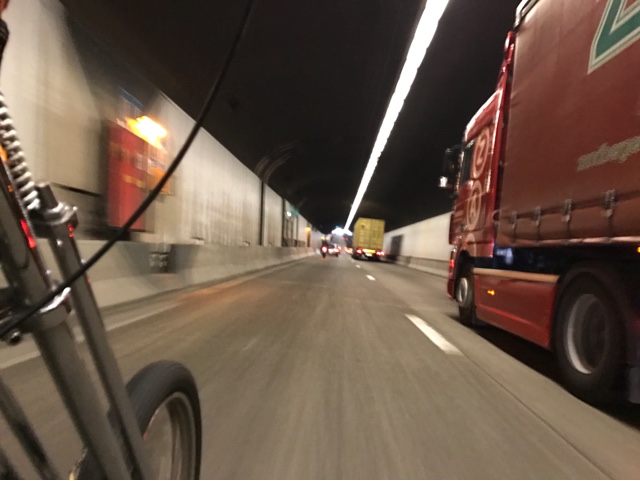 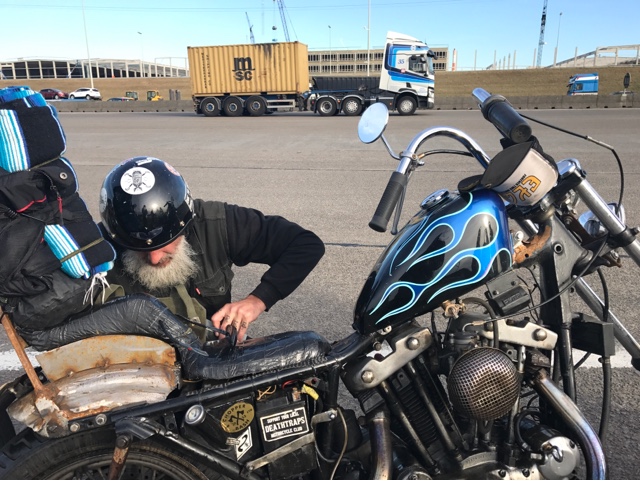 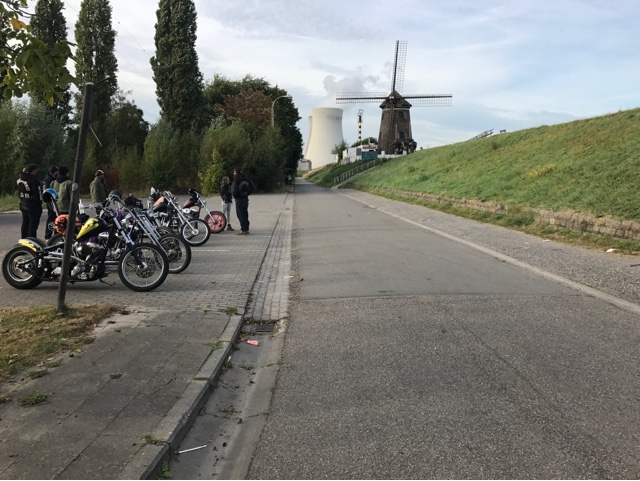 Home values actually went down again shortly after we arrived 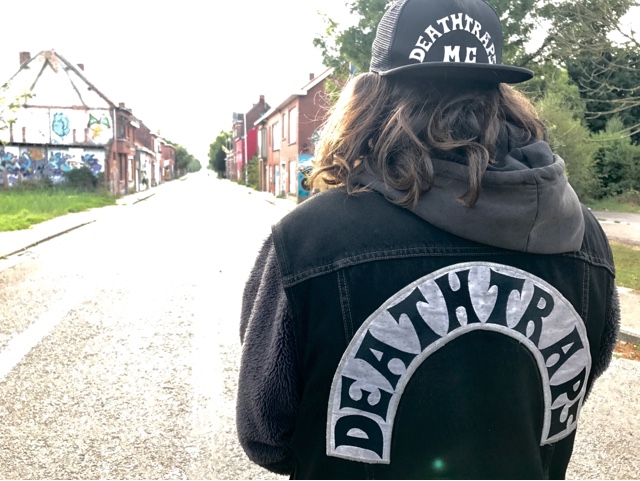 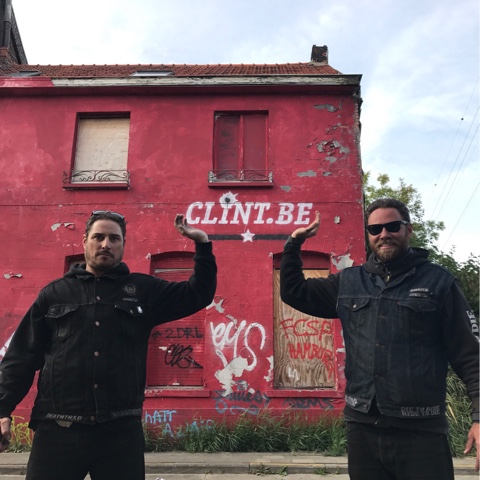 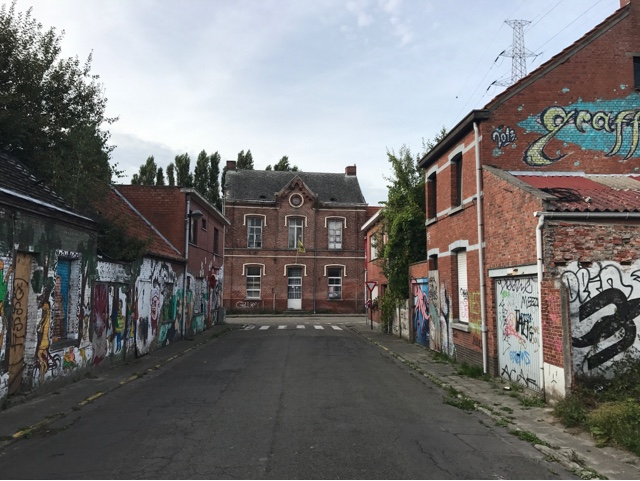 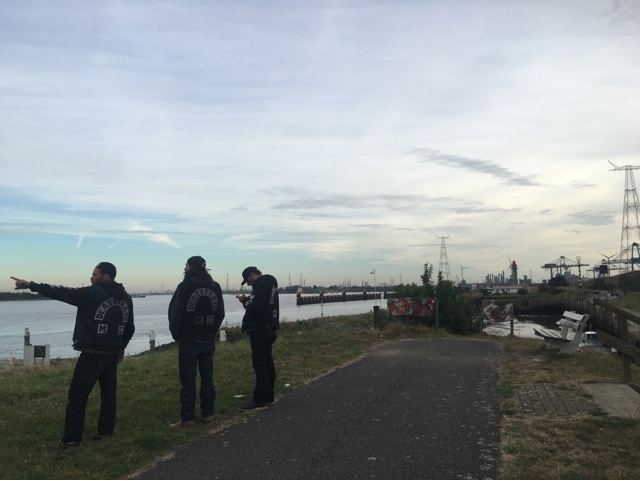 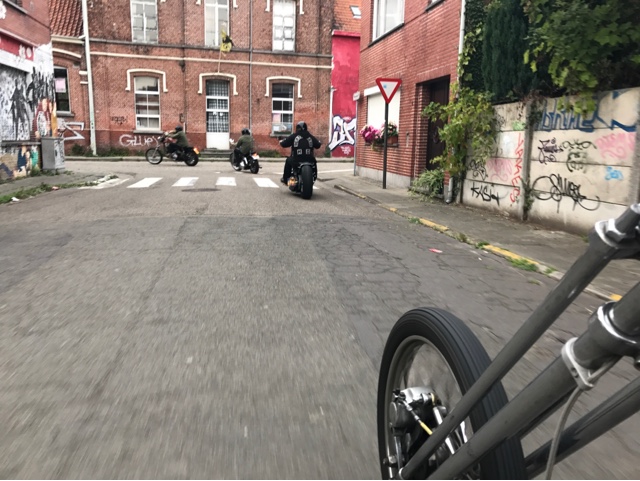 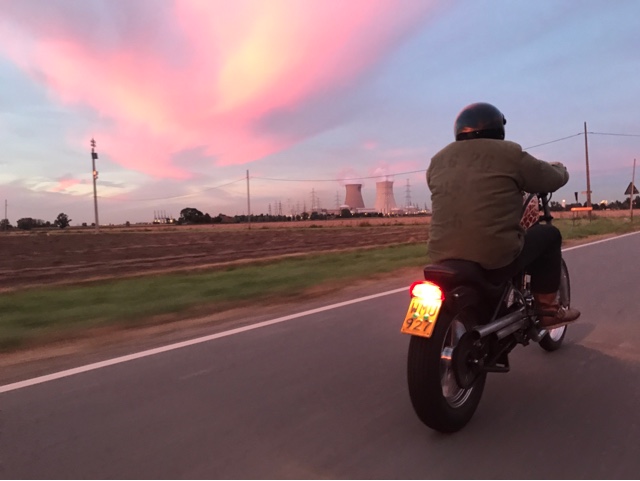