The Last Couple of Days

Well, where the fuck do I start. After Chimay I followed Michel back to Antwerp to try and attack the massive list of things to do on the bike before I ventured back to Bayern. It was a nice change of pace, hanging out, enjoying the sun, working on the bikes, and small talk, in Flemish, with his two little daughters. But the family life must once again be put on hold. Bikes got fixed and the weather had held out, so it was back to the road to explore northern Belgium. 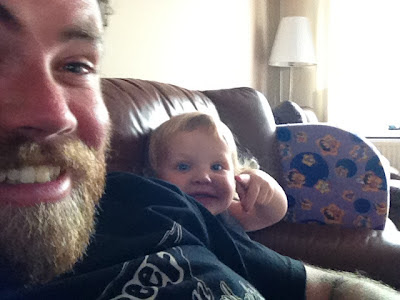 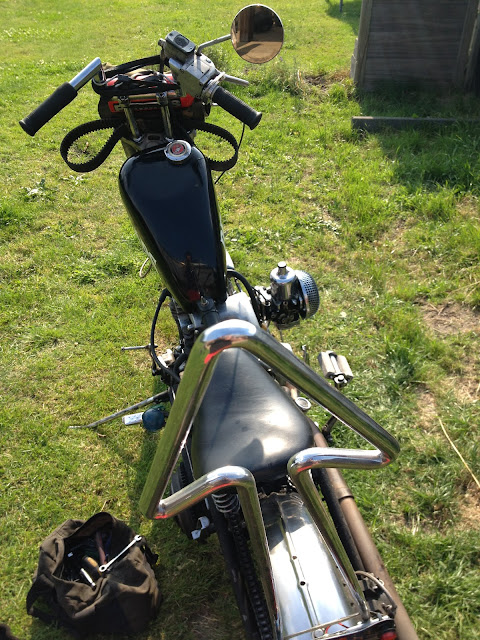 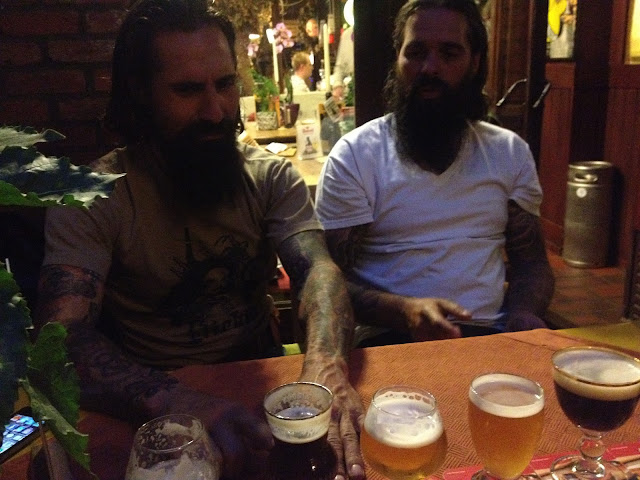 Angelo, Keith, and a beer menu that includes 800 beers. 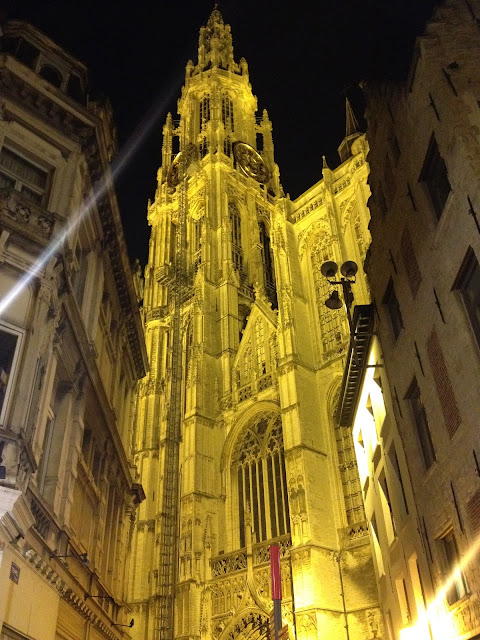 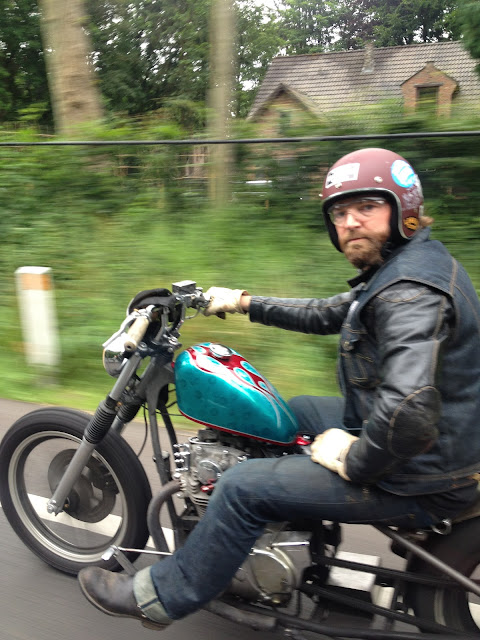 Bikes are running again. Lets go for a shakedown ride... to the bar!


So I am not really that superstitious. I don't think I'm anywhere close to a baseball player, or sports figure when it comes to doing certain things the same way every day, or keeping momentos for good luck, or not washing a jersy or T shirt. But this trip has changed me a little bit. I never wash my jeans or cut-off, never have and never will. The rain is the only water on these things. And then the other day, I pulled out part of my throwout bearing, which went out in Bretagne almost 2 months ago, out of my pocket. Didn't know it was there, but I put it right back into my pocket, just in case. Things have been pretty managable up until now, so maybe that little shredded piece of metal had something to do with it. Who knows. Some of you might have noticed I added "knock on wood" to the post No Easy Days. I did this, but after my ride south to Bayern.
I don't trust the weather, especially here, but I had gotten my hopes up when it was saying sun and warm weather all the way south. This was the first of a couple upsets for the day. As soon as I left Belgium and quickly crossed over a corner of Holland, the sky closed up, and began to pour. It dumped on me bad. No big deal though, because it was warm, really warm, part of the forecast was actually right. But this wasn't it though. As I pulled into the gas station to get gas and put on the rest of my rain gear, I noticed that my front tire had gone flat. Slow leak, but a leak. So I filled up the tank and the tire, and hauled ass. I repeated this little pit stop routine until finally, about 200K later, I was really afraid the tire was going to come off the bead, and put me into the guardrail, or over the side.
Thankfully the sun was out by now, and I got to spend 3 glorious hours on the side of the road, somewhere west of Frankfurt, drying all my clothes out, waiting for the tow truck. He did finally arrive, and took me to the fastest tire shop around, and I was on my way again, 3 hours late, but on the road. 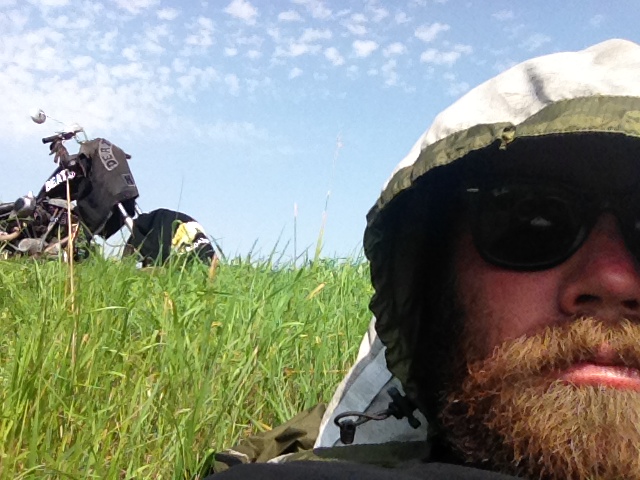 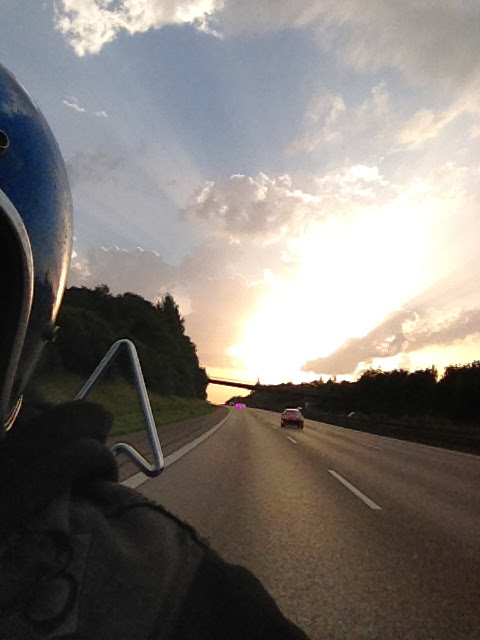 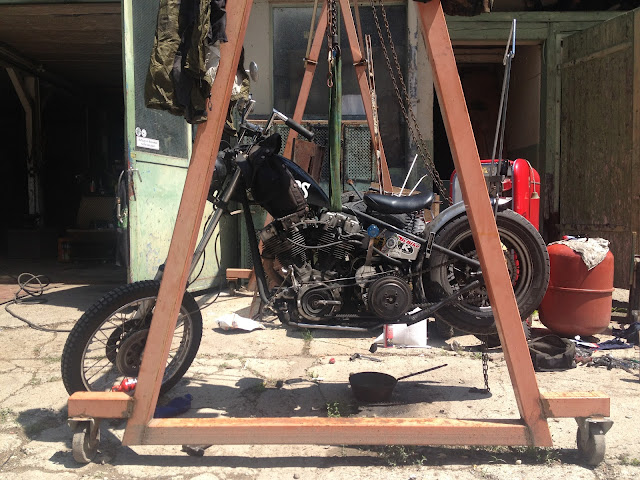 
With most vacations, you forget the date, what day of the week it is, your name, or whatever. I am no stranger to this, almost forgot my birthday until I read some emails from family! So we celebrated 4th of July, on the 5th. Fashionably late. Either way, a great BBQ, good German beer, on ice, a new concept for Europe, but I insisted, and just so we were not thinking too much of the sun in California, a fucking rain storm that flooded the entire lot and almost the shop. 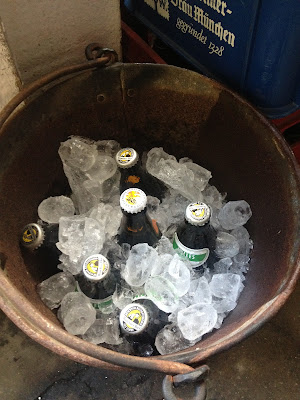 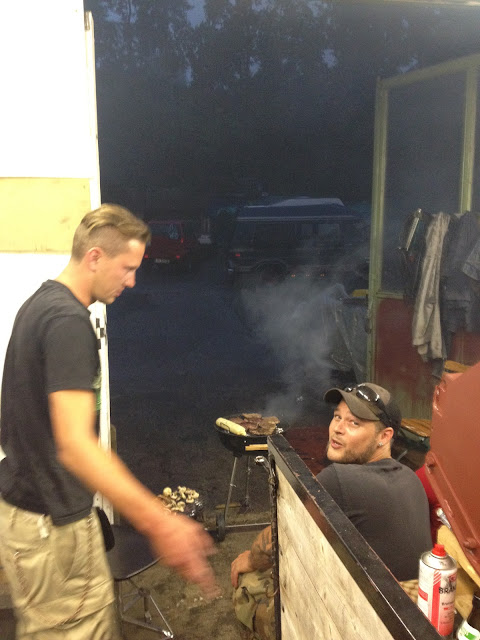 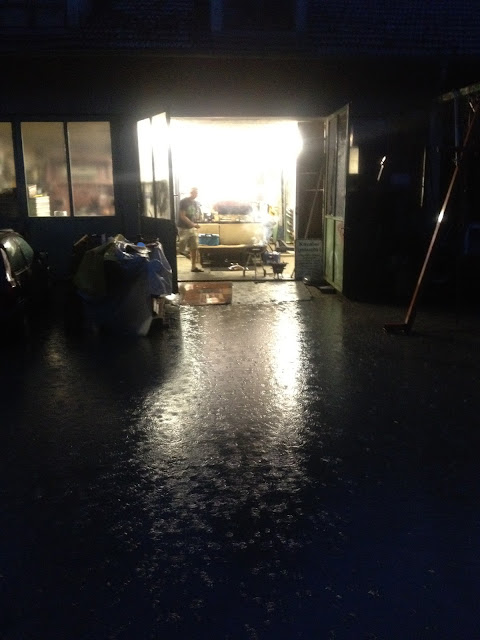 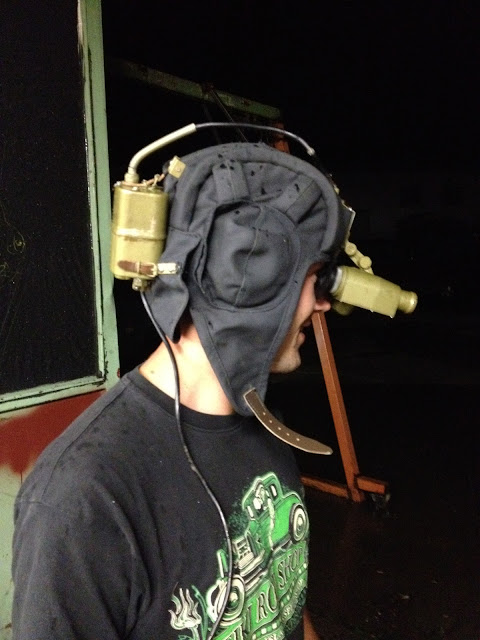 ﻿Russian night vision
Posted by jbweldon at 2:41 AM