I'm finally by a computer again, and this entire time I don't feel I've given you all a decent picture of this event that happened three weeks ago on the Atlantic ocean in southern France, within view of Spain and the Pyrannes mountains.﻿
Right now the entire custom scene in the U.S. is probably still feeling the hangover and buzz from the Born Free show in southern California, but for me, I can't stop thinking about this event in France. I'm glad it was not even close to the size of some of the other events in Europe and the U.S. I felt that I was able to witness the beginning of a new custom scene, gathering here at this show. There were less than four Harleys there, but one needs to understand that if you don't have one, or most likely can't afford one here in Europe, this is what you do. If you are really about the machine, then your passion for the bike itself outweighs all stereo-types and molds. We have the bike scene from the 60's and 70's to look back at and pull ideas from. These guys have a real race history here, but I don't think much of a custom scene, so they are doing it themselves, and I got to see the early stages of this here!
I love my bike and the style it represents. I want to build another one, replecating even more aspects of our Northern California/Bay Area blood line. But I was blown away by all the really cool shit that showed up for this event. And like I said, we went on two rides, and both times we rode the living shit out of our machines. These things blew minds, and the wheels off!

So my plan was to put a post on here with links to all the sites and pictures, but Vincent from the Southsiders did this already. Here is the link to his page, check it out. Southsiders 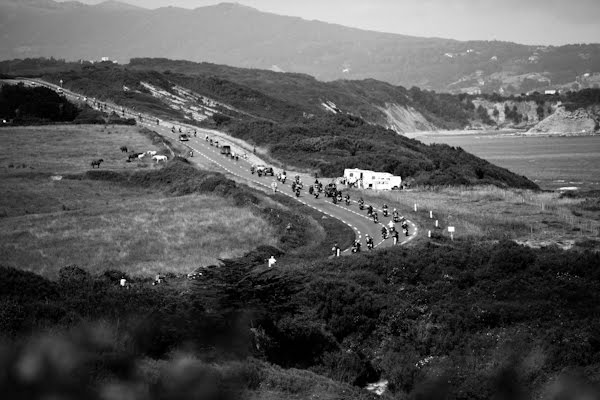 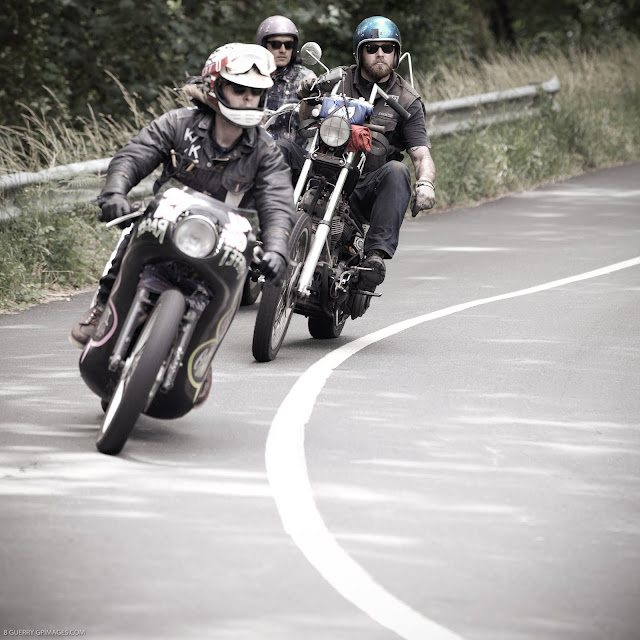 On´the coast heading south to Spain, top
Niko (UK), Ben (New Zealand) and yours truly (California) Fucking tight pack!
Huge thanks to Vincent and the rest of the Southsiders

Labels: biarritz, southsiders MC, wheels and waves 2012
Newer Post Older Post Home
Deathtraps Motorcycle Club is made up of a core group of riders who believe that the sole purpose of owning a chopper is to ride the living hell out of it.