Emmanuel escaped to North Carolina before the crew headed out to Columbia for some old time photos. As some of you might remember, while in Holland, Baby Clint, Wolf and Jonathan took some incriminating photos of themselves in traditional Dutch clothing. Not sure if dressing up like cowboys is truly payback, but it was a great time. 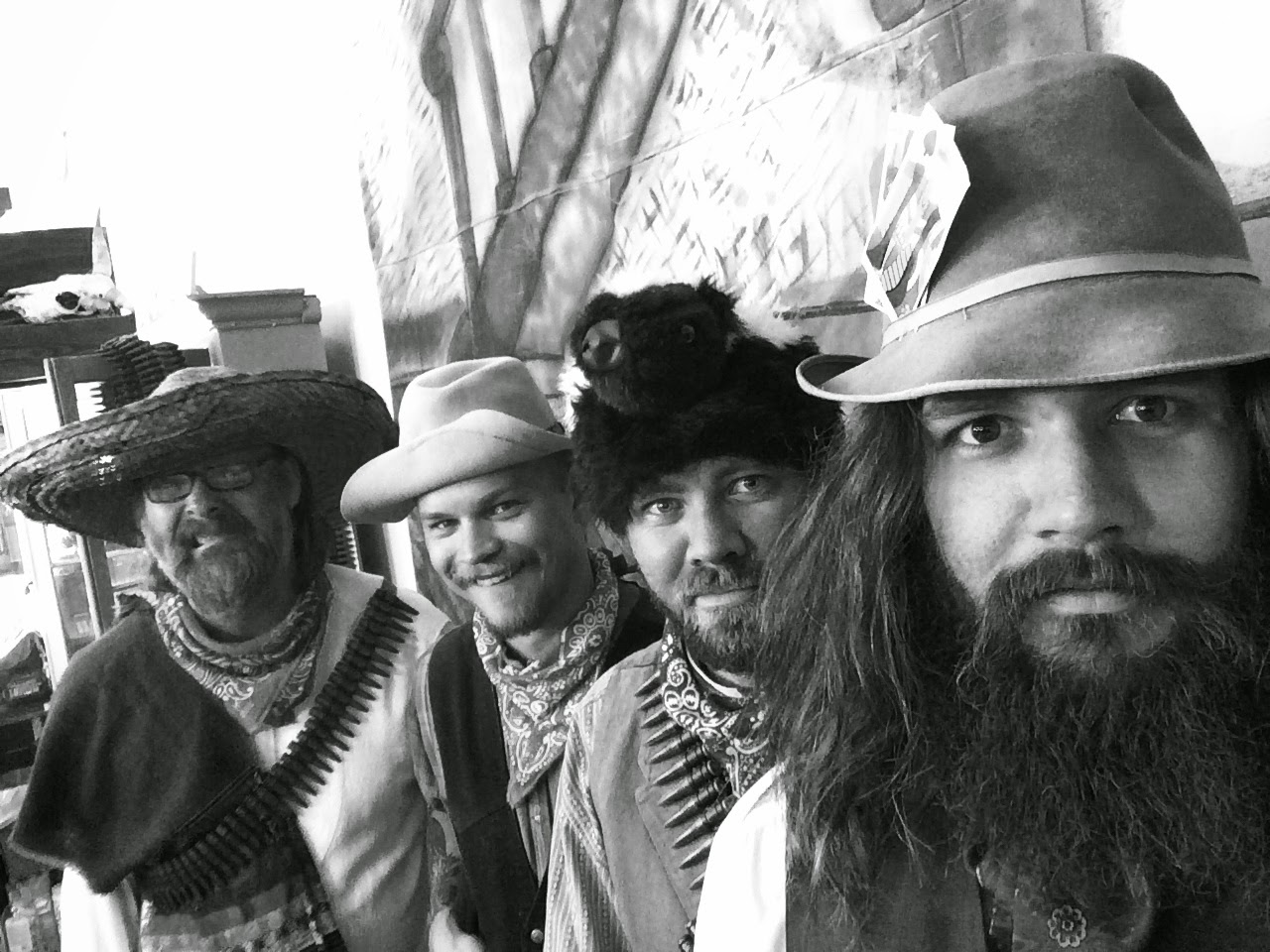 The final product. During the photo session, no one kept it serious, holding the fake guns to each others heads, wearing the most ridiculous hats, and in general being total jackasses. A lot of fun! 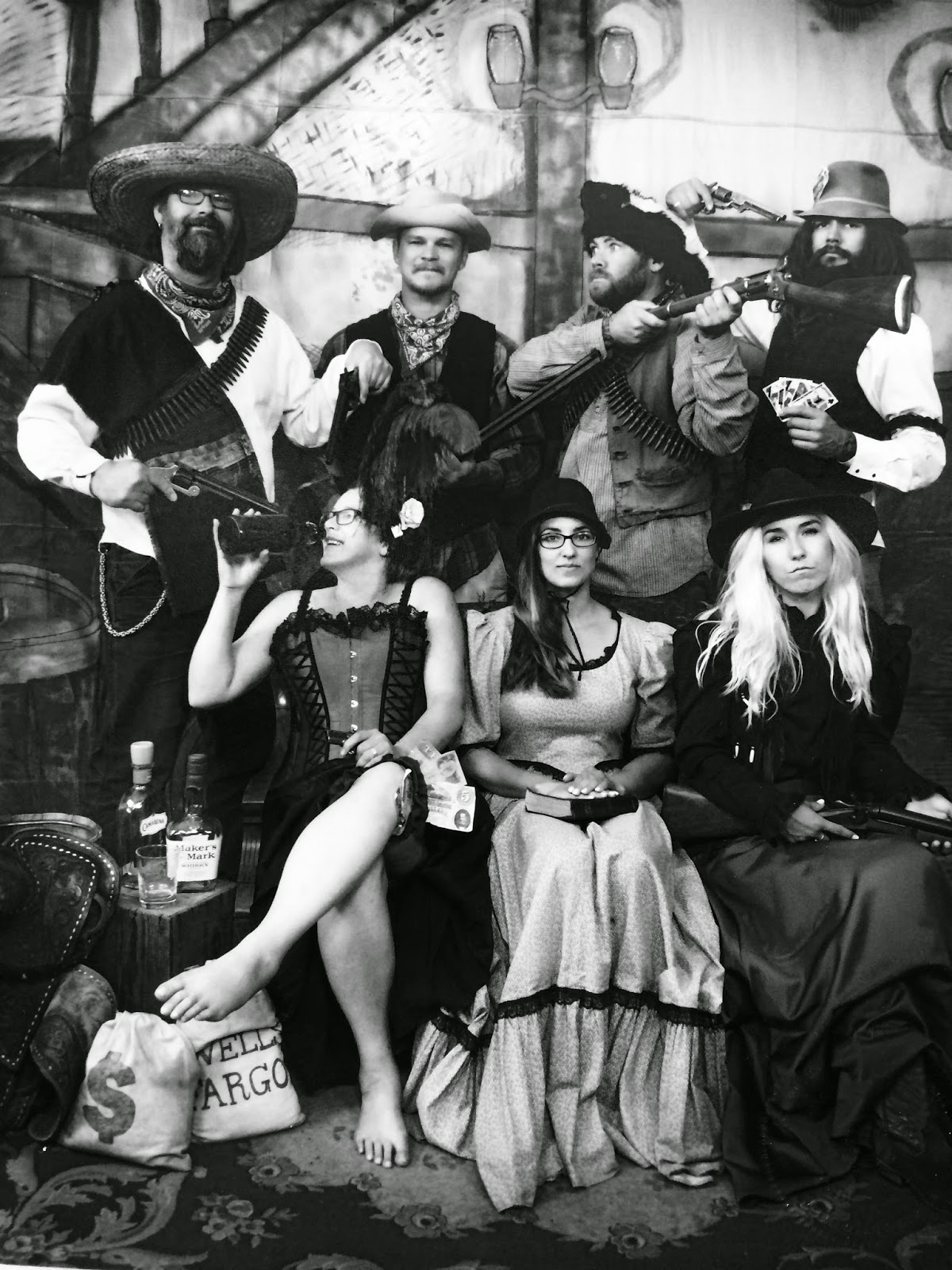 The original photo taken in May, in Volendam. Pronounced Fallingdown. 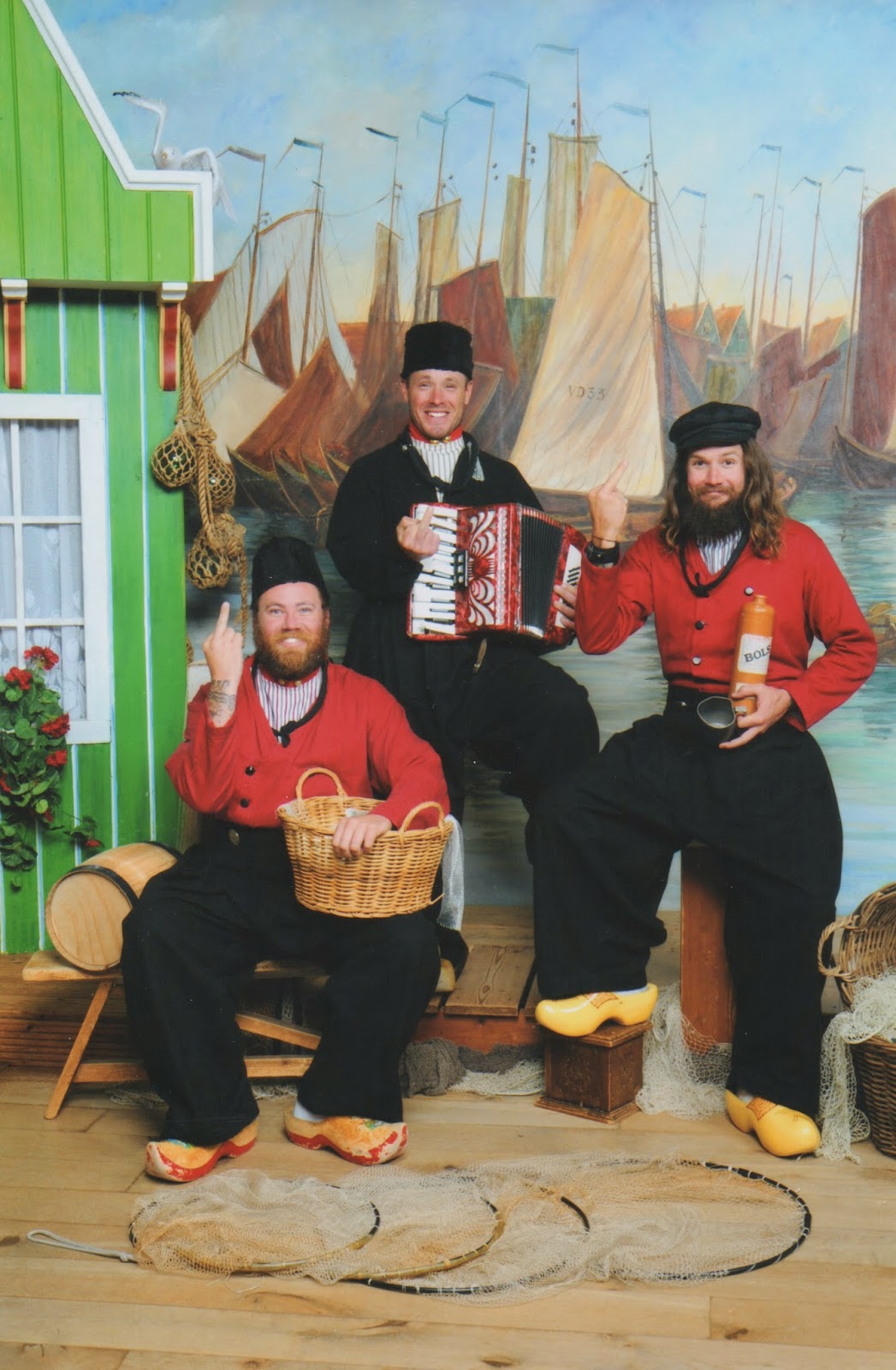