What the fuck is the Golden Chain you ask? Its a highway, route 49, which runs north/ south, along the western side of the Sierra Nevada's. Highway 49 connects all the gold rush towns from the mid 1800's when gold was first found in the Sierra's.
The towns still remain, and 49 is one of the nicest roads in California, (no bias!), as it winds throughout the foothills. Our goal for the weekend was to head to the end, and then onto North Fork and Bandit Town as our final destination. First stop for us would be Mariposa and The Alley Bar Friday night. 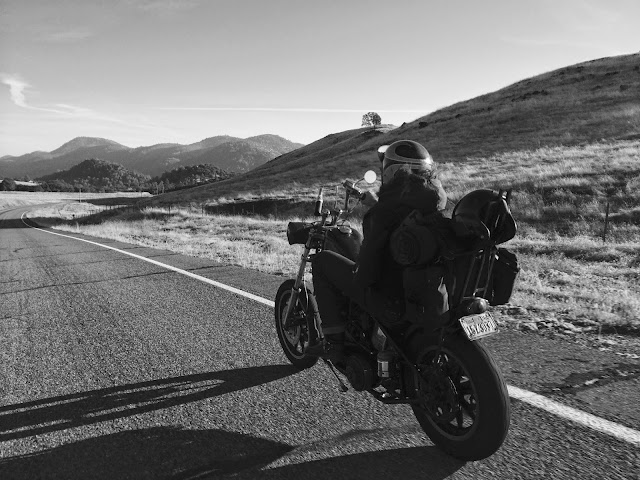 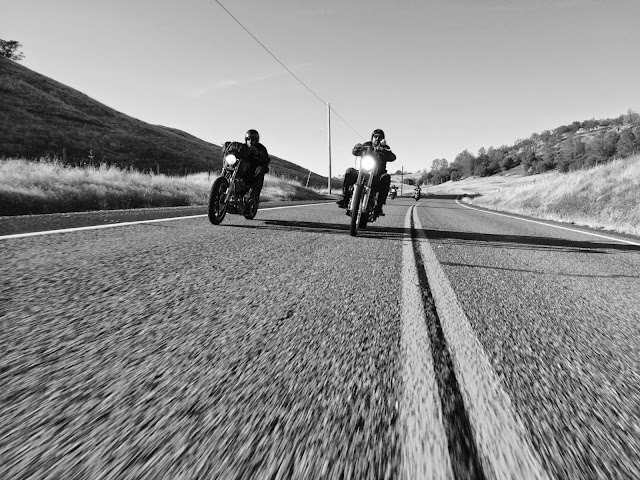 Waiting for Levi in Moccasin 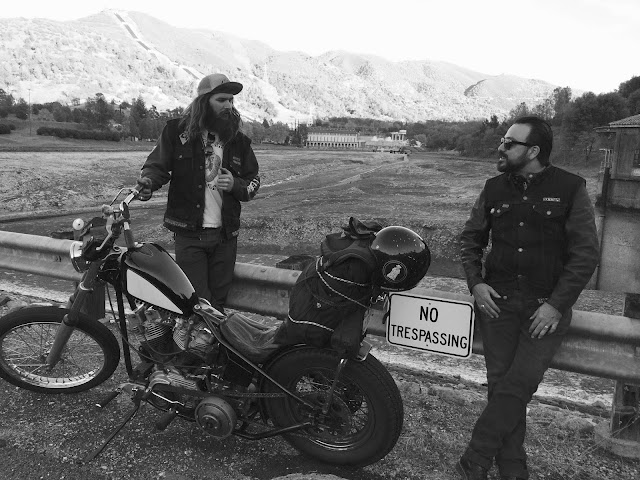 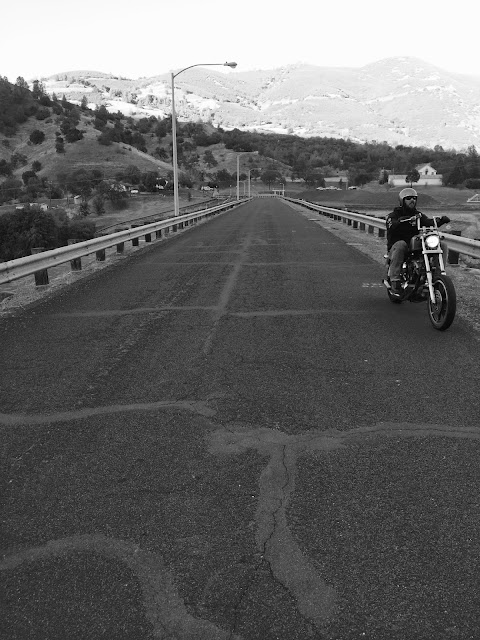 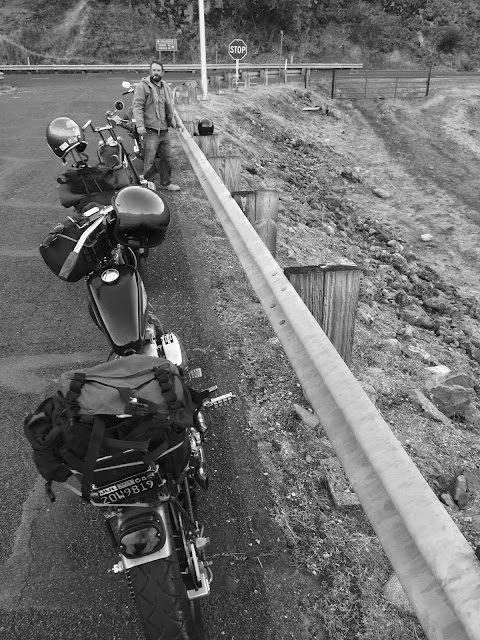 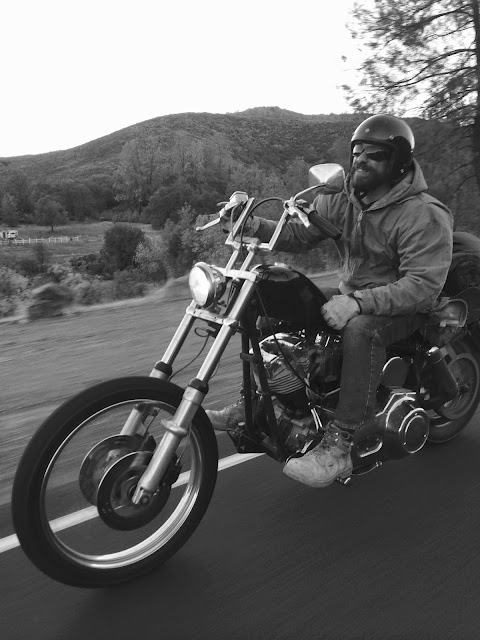 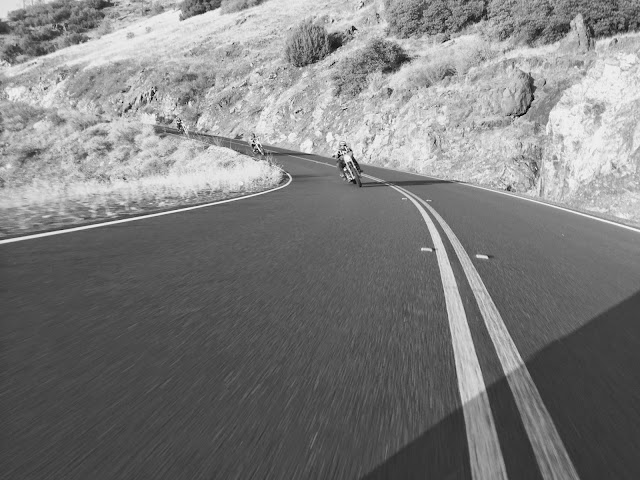 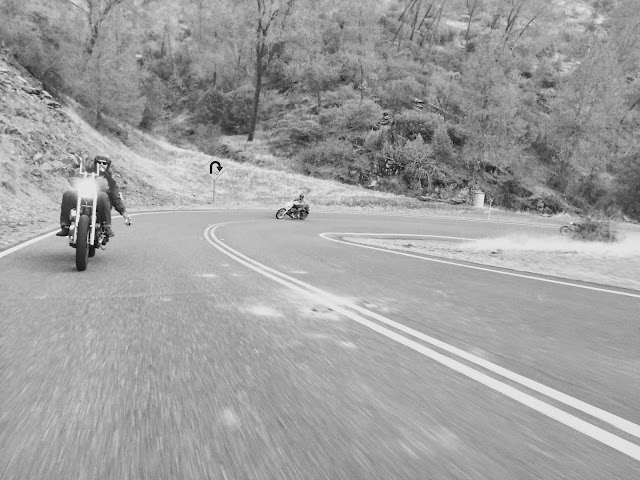 Waiting for the rest on the south side of Bagby Pass 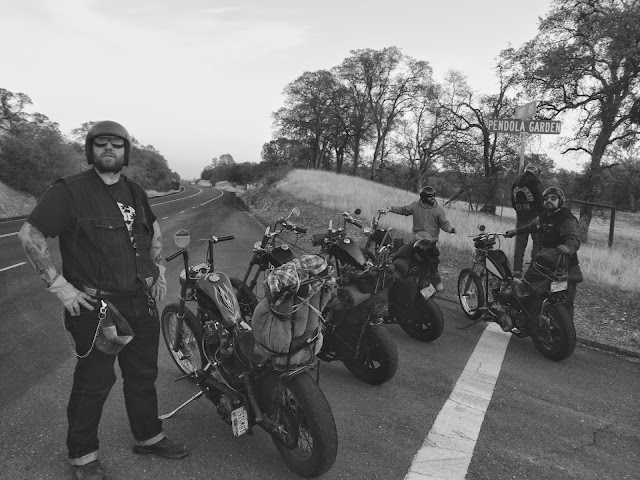 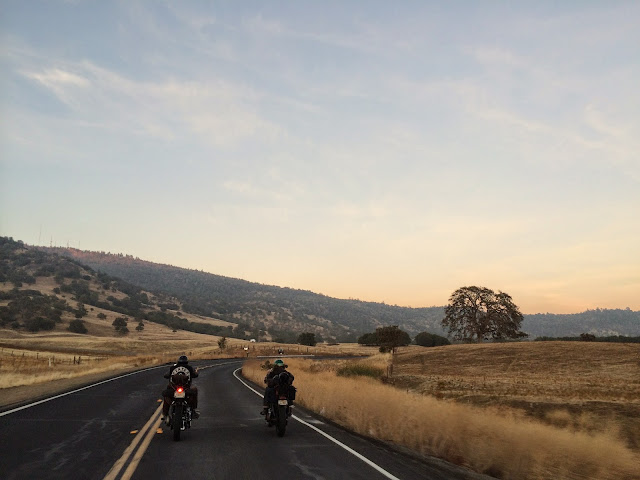 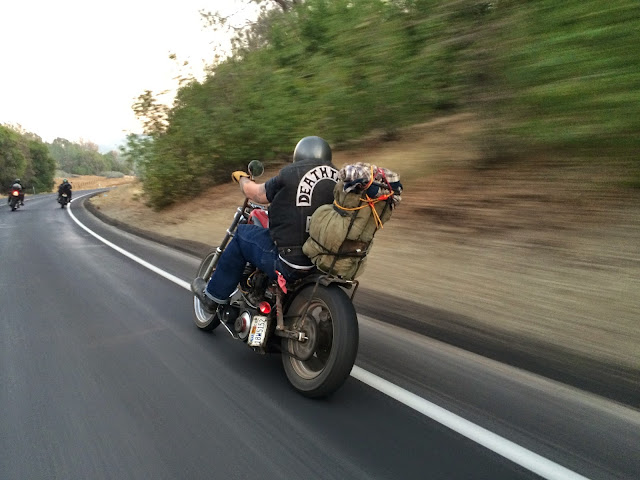 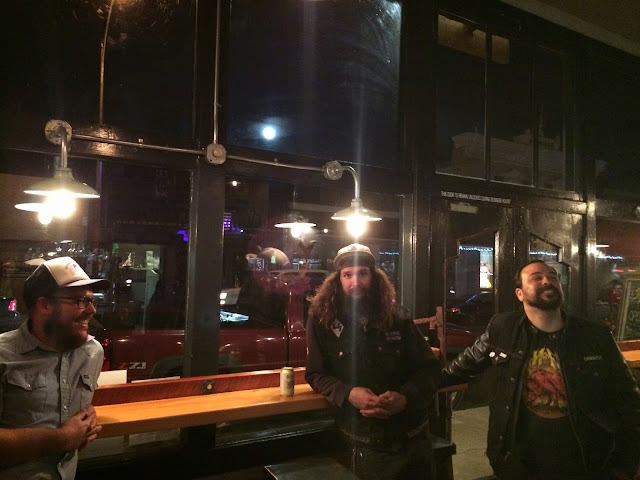 Safe and secure parking for the night. Oakhurst and Bandit Town tomorrow... 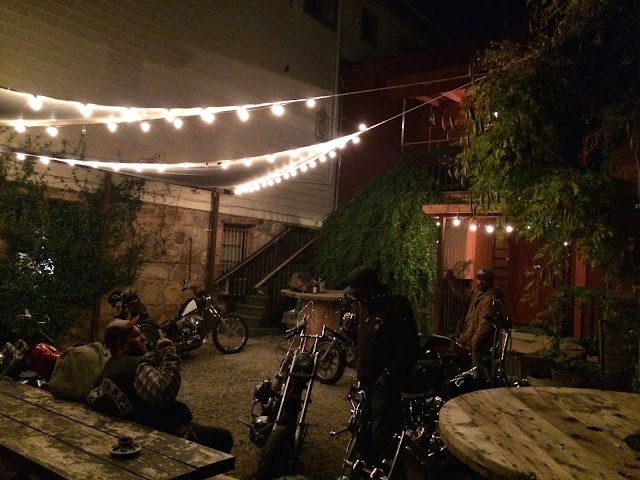 Labels: bandit town, golden chain, the alley bar
Newer Post Older Post Home
Deathtraps Motorcycle Club is made up of a core group of riders who believe that the sole purpose of owning a chopper is to ride the living hell out of it.