I don't know what you're doing for the game tonight, and personally I don't care, it's none of my business. But I hope that at least one of your local or national media outlets post something about Marine Cpl. Nicholas Kimmel throwing out the ceremonial first pitch of game two. Cpl. Kimmel is a triple amputee and Afghanistan War veteran, who was joined on the mound by Willie Mays, who himself took two years off from baseball to serve in the Korean War, 1952-1953. 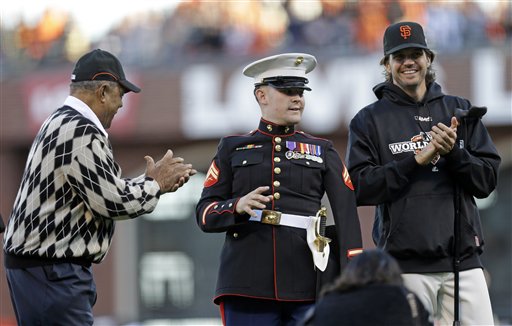 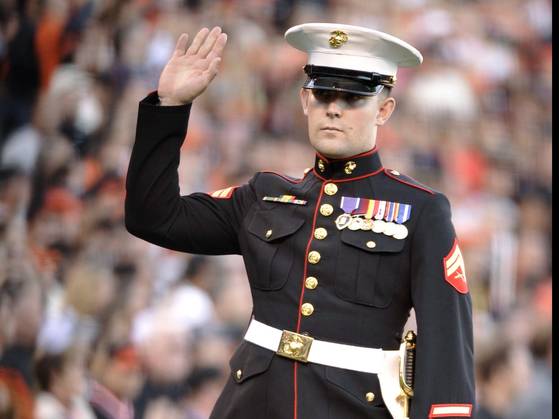