With an open schedule after Sweden, we were able to sandwich the Rogues 35th anniversary party between two trips to Belgium. The first was immediately after we returned to Opmeer from Sweden. With the second being the weekend after we had sobered up from the long party with the Rogues and the other people we had met from our trip.
The first trip didn't take much convincing. With a quick look at the weather, and feeling confidant about the bikes after we had just rode the 1,200km from Sweden to Holland, we figured this would be a good, easy, last trip for us.
About 20km into our trip south, the weather already had different plans. And after arriving at Hanks house, my tranny also had other ideas about the ease of this last big trip. Another typical adventure for us in Europe!
Wolf and Jaspy enjoying the sun, not the view. 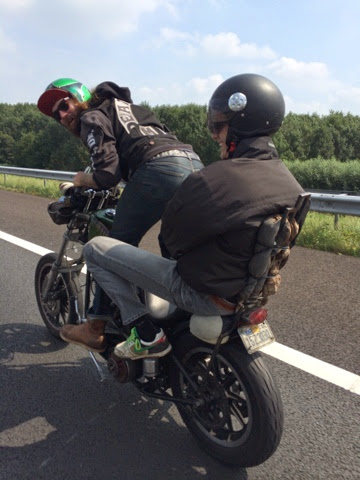 Rainsuits on, and with 4" of rain on the highway as we went through Amsterdam. 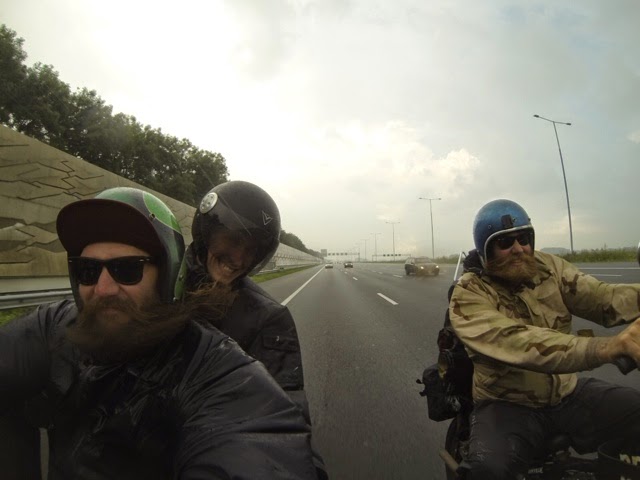 Finally to Hanks house, thought I could enjoy a cold beer... 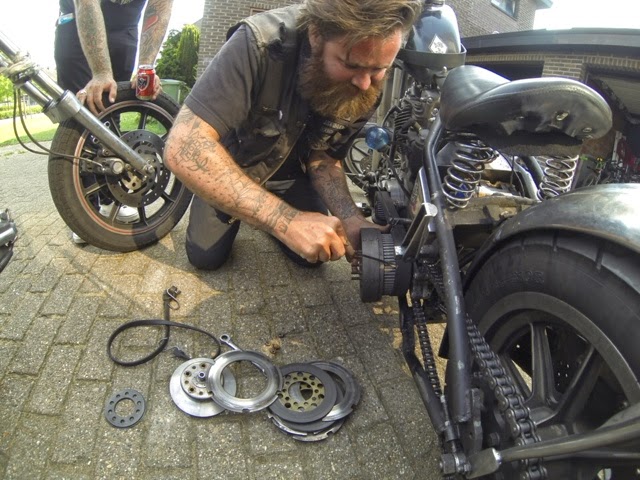 ...but only after I spent 3 hours diagnosing the problem. We figured it out, and the shovel was now push start only for the ride home. 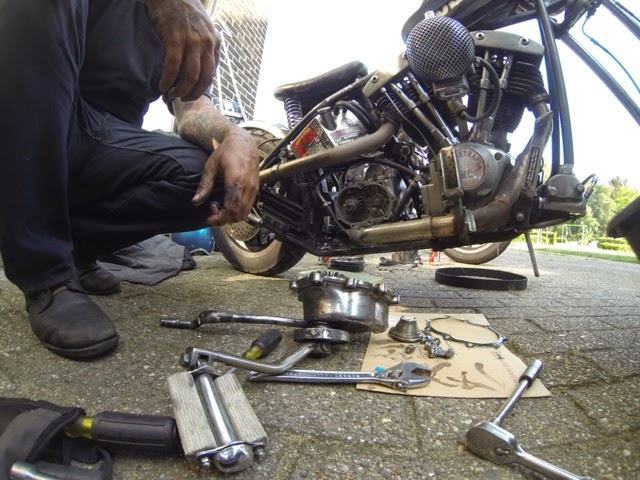 Great time with our Belgian family! 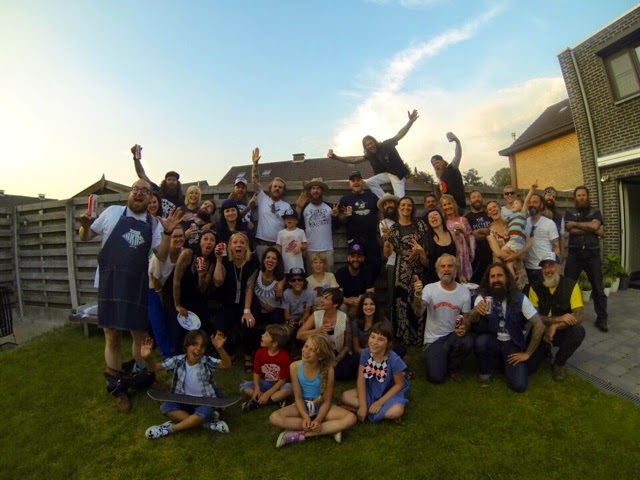 The week after the party, and some maintenance on the bikes, we were able to enjoy some local rides and summer sun. 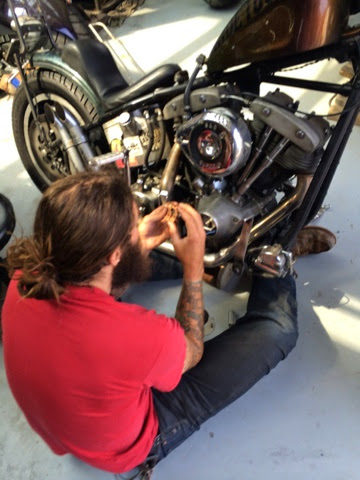 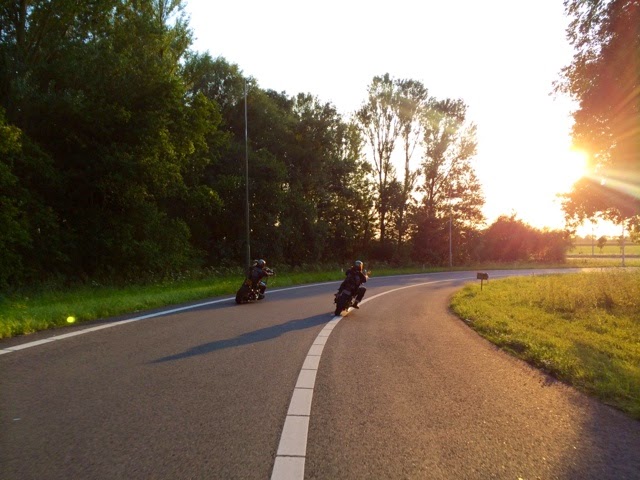 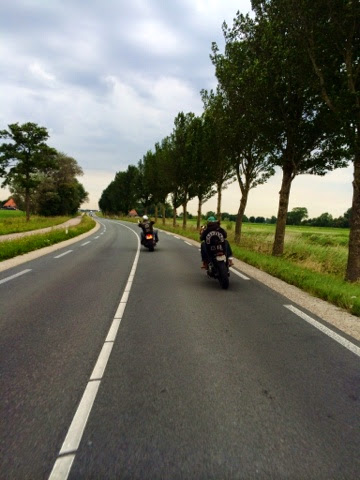 The time had finally come: although the sun was still shining, the bikes needed to be boxed up if we wanted to see them before October. 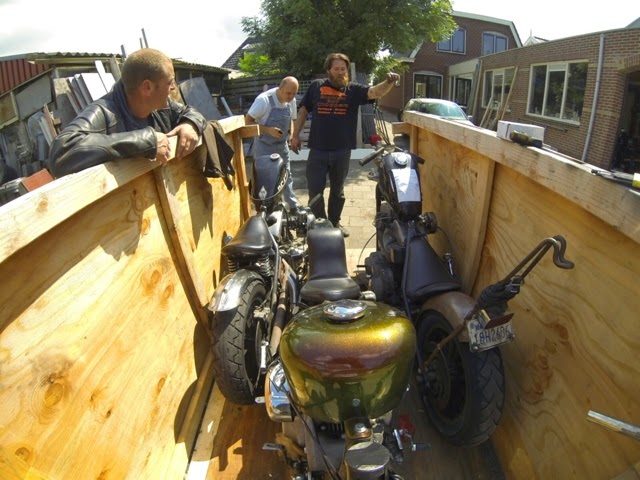 Bikeless for the first time in almost 3 months! Hitching a ride with Gerry in his Buick. 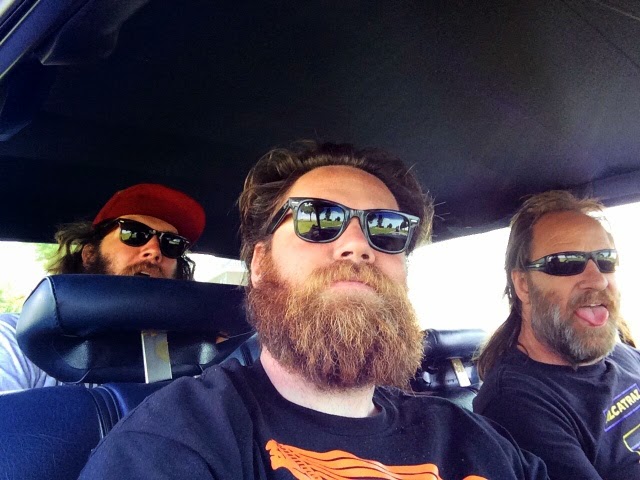 All you can eat sushi with Gerry and Limp and their ol ladies. Wolf and I, hopefully on our last date together for awhile! 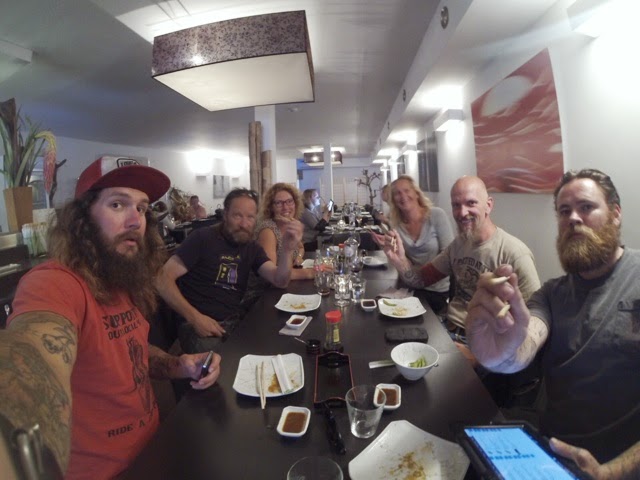 The bikes were boxed up, but Belgium called one last time. Danny had invited us down to his place way back in May, but we were bound for France, and unable to stop by. Better late than never, we were finally able to stop by and say hello in August.
Bike collection; ridden all the time. 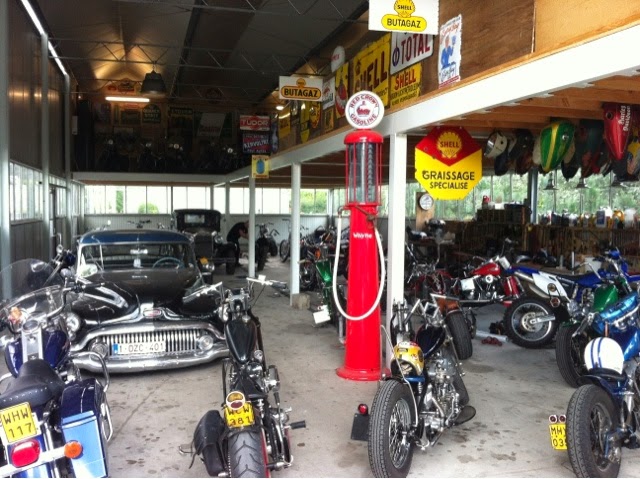 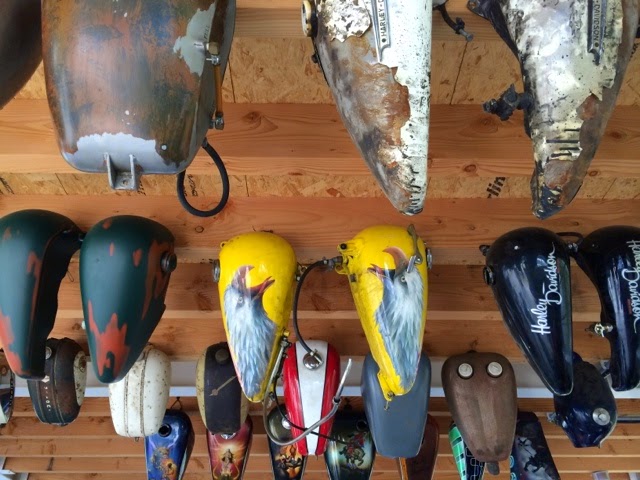 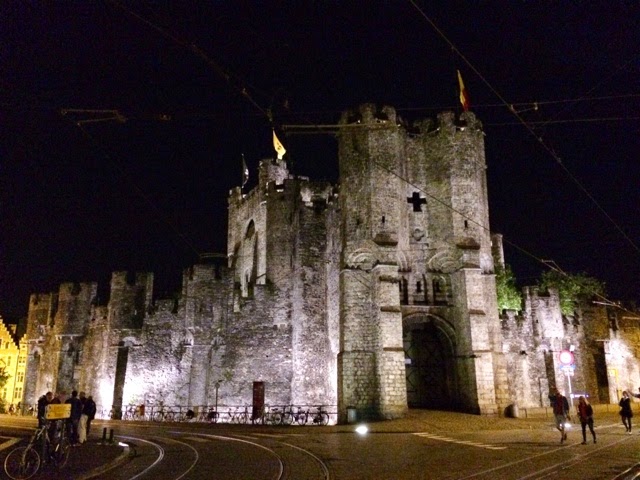 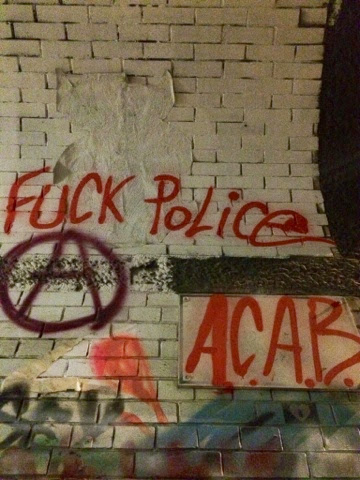 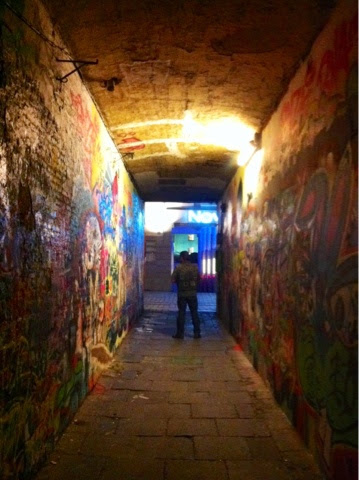 Next day, Danny and his wife took us out to explore the countryside on a couple of their own bikes. 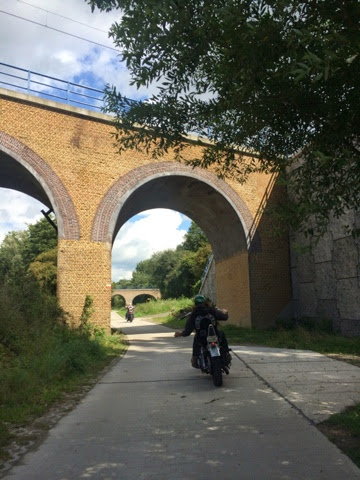 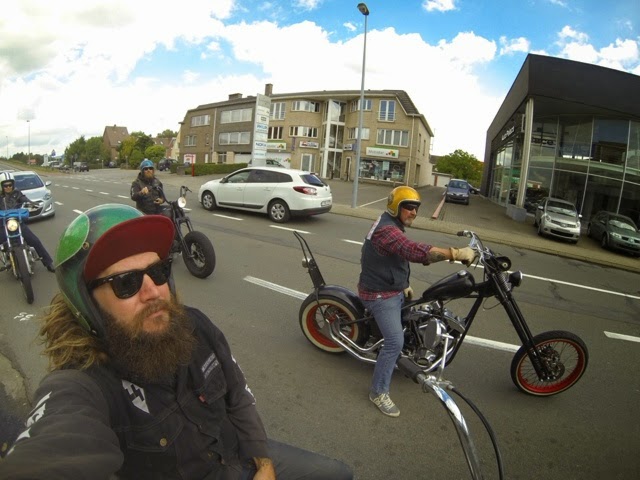 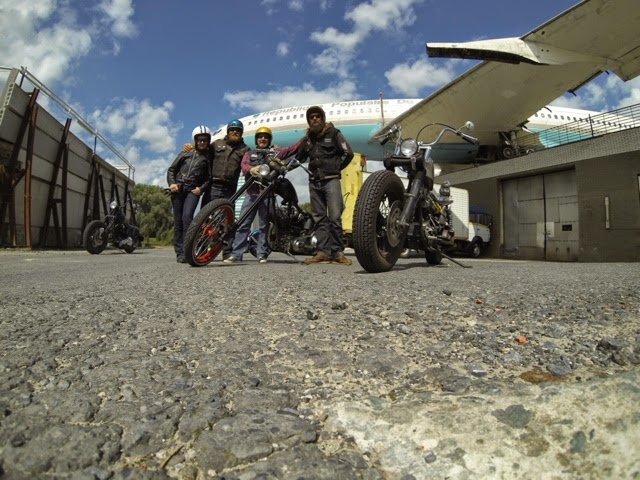 After a day in the sun, we all ended up together for one last party with everyone from Belgium. Another great night, thanks for all the hospitality, and we'll see you all soon! 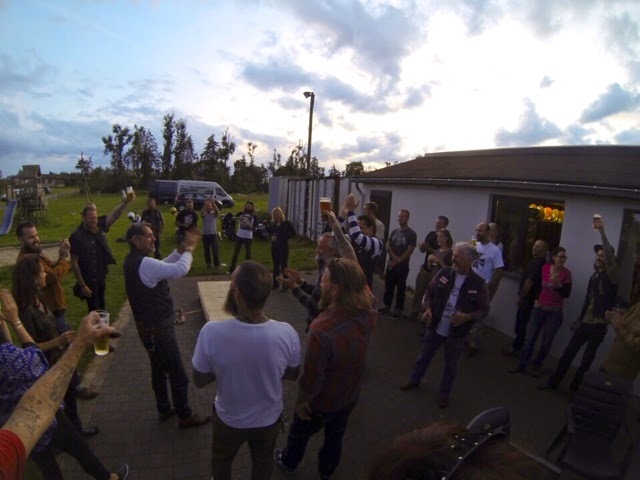