The Chopper Freaks left us at the border, and we then continued on further into Sweden to go meet up with whoever was still on the road from the Fückerfest.
Thankfully we made a quick phone call, did another map check, and we were then able to cut across Sweden using a bunch of small roads, saving us about 200km on the highway.
The only clouds in the sky filled with rain, right above us. Of course. 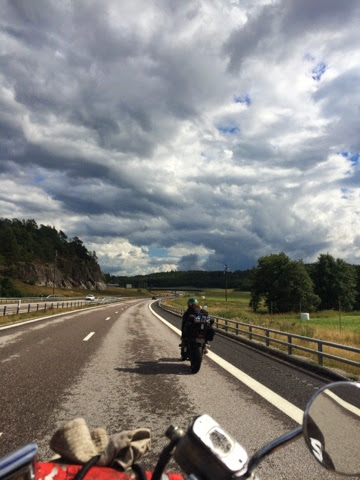 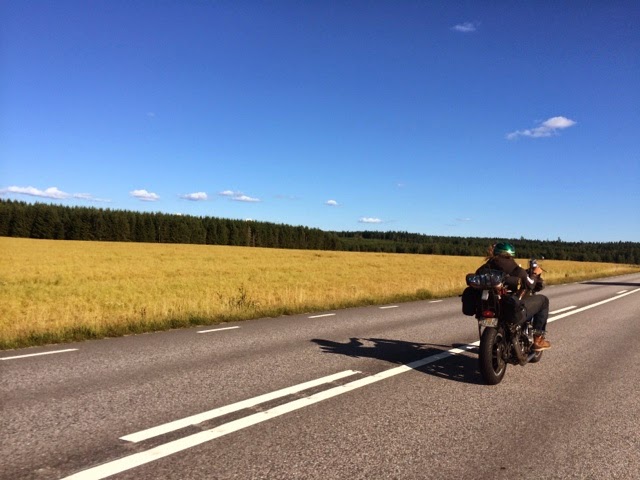 Heading to the campsite after meeting up with everyone. 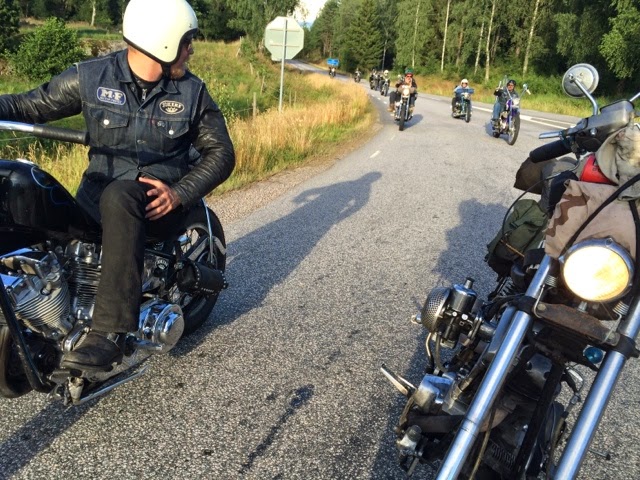 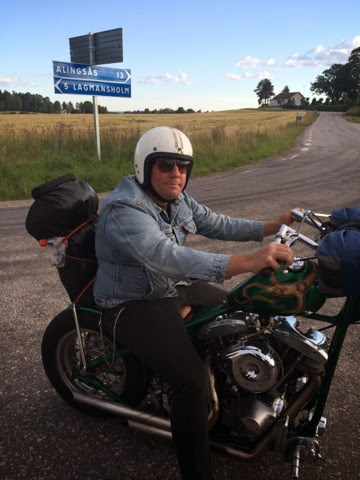 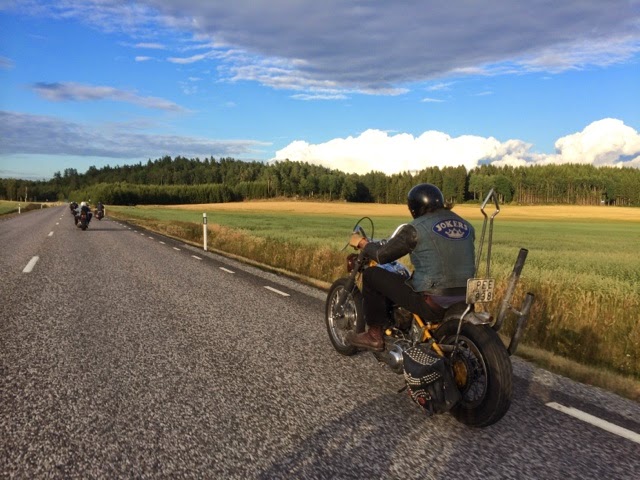 Next day cool off in a lake 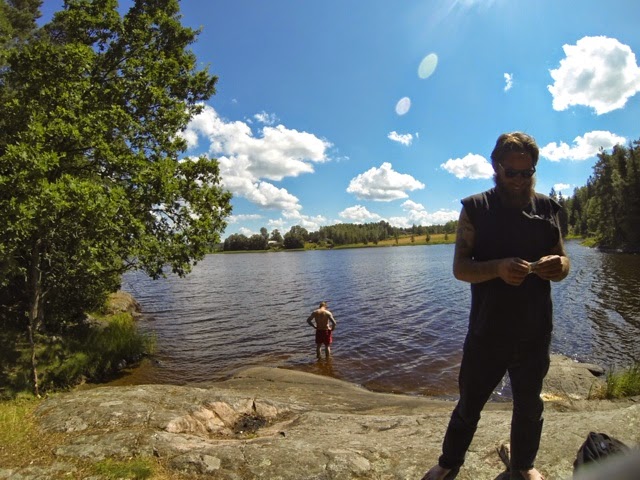 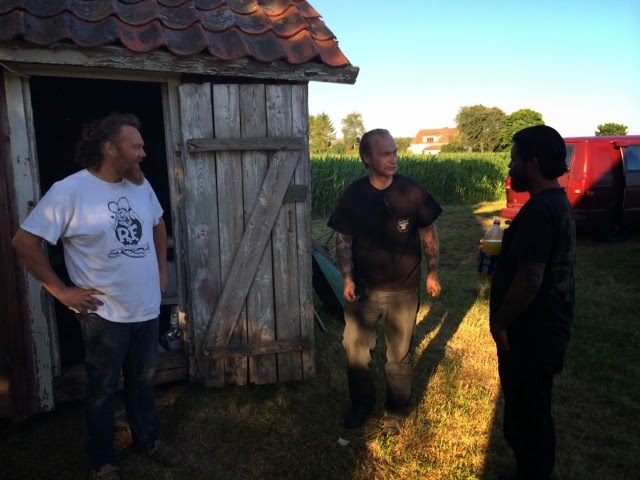 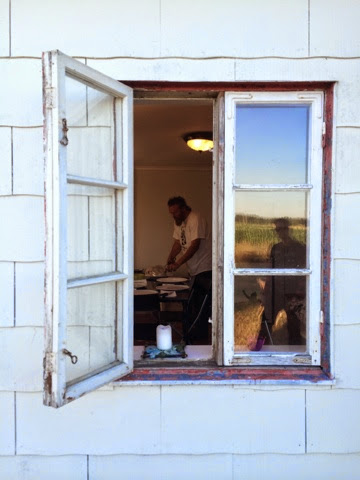 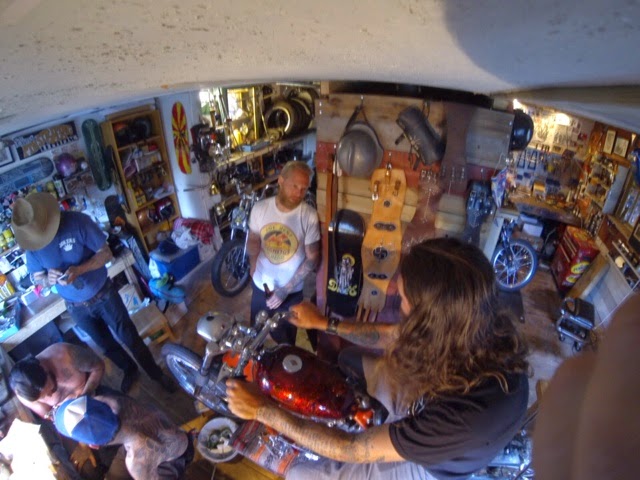 A quick shuffle back and forth due to a completely broken rear hub on Rickard's Panhead. 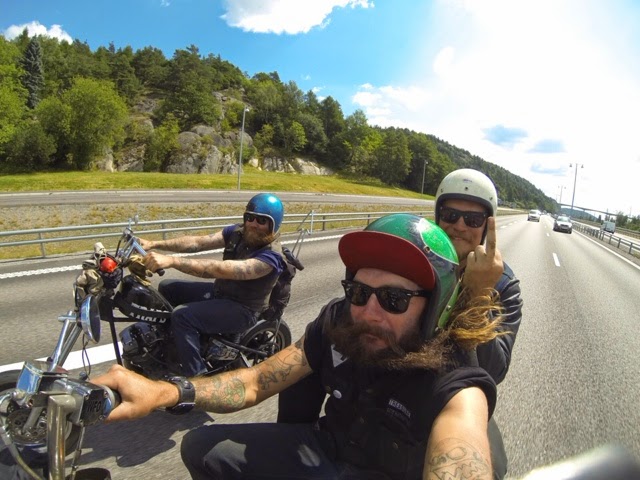 Next day heading towards our campsite in Denmark. 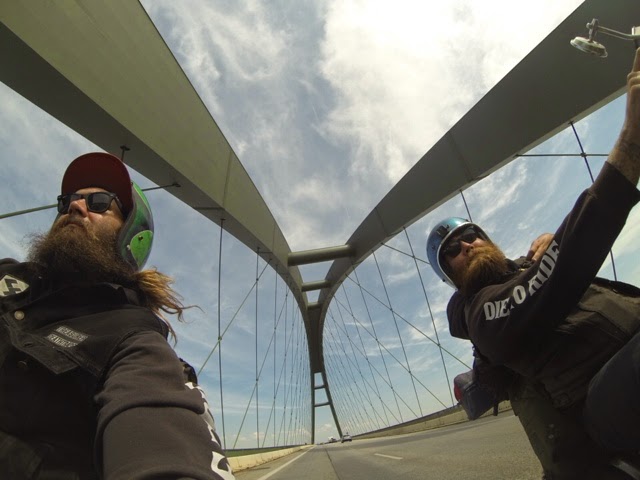 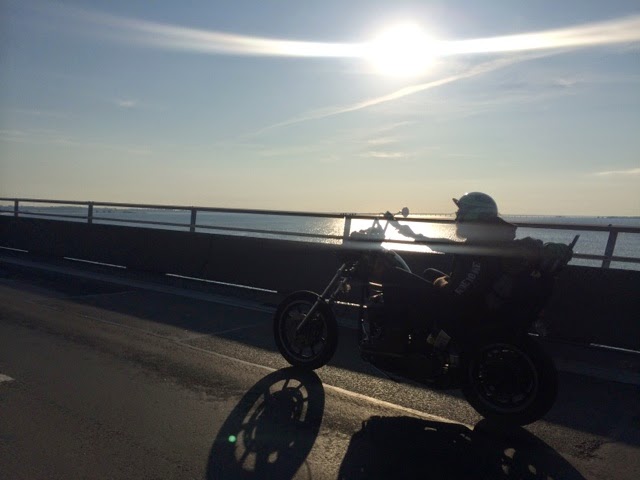 Middle of the fucking sea 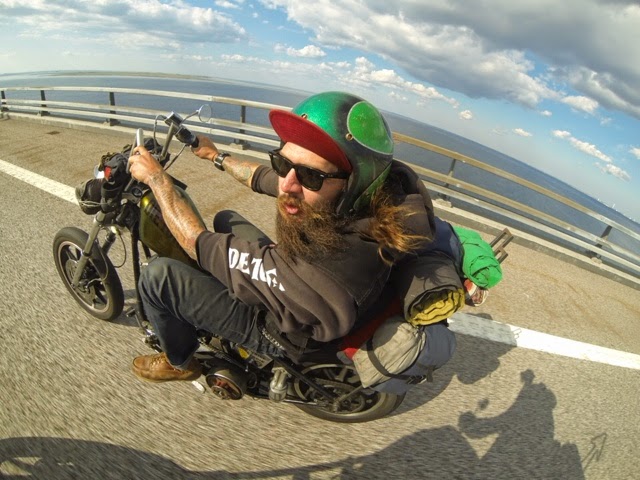 Pizza and beer for dinner... and breakfast 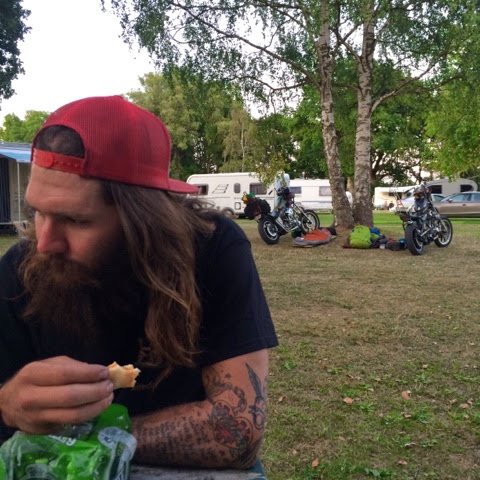 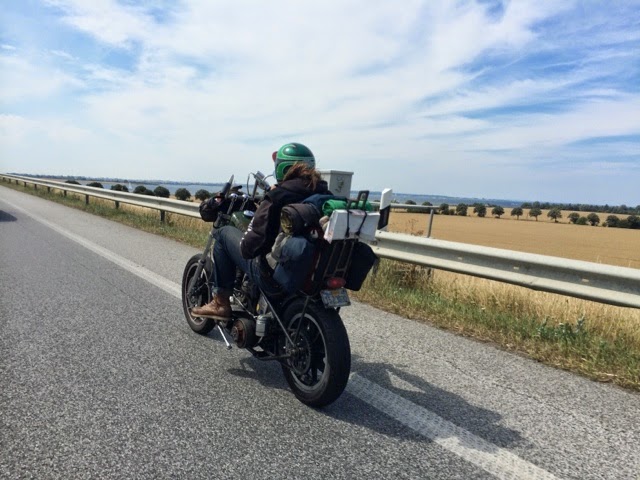 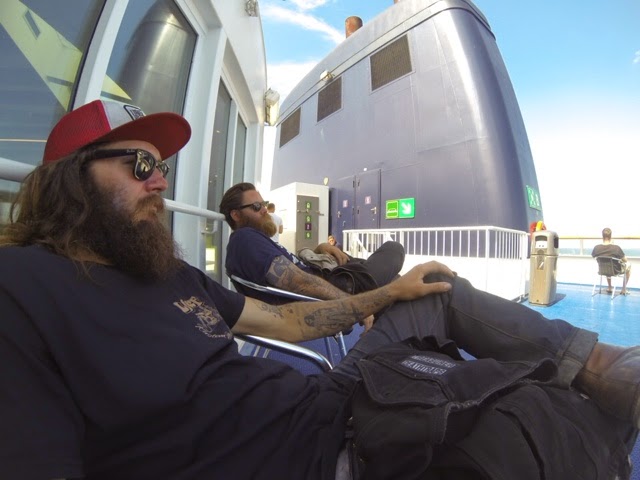 And so begins a three hour detour of chasing fucking problems on my bike, getting soaked by the same rainstorm four times, and trying to evade the fucking idiots on the autobahn. 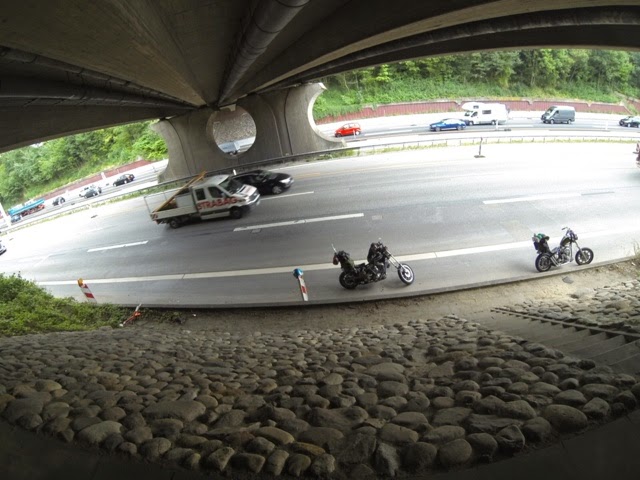 Hiding from the same storm again in a bicycle tunnel, we finally figured out the problem. Rainsuits on, we were finally headed west, trying to catch the sun. 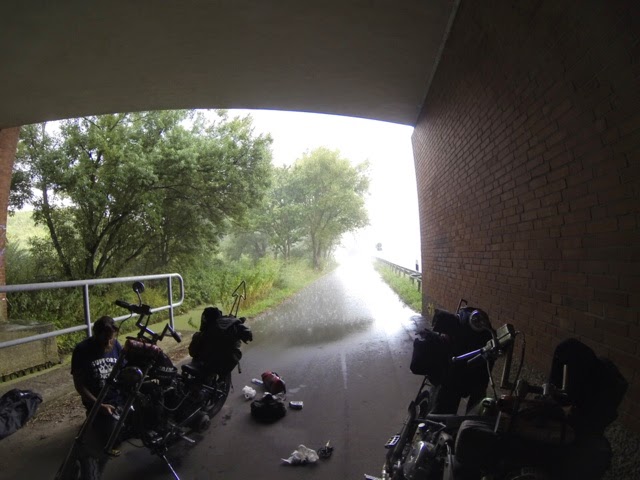 Wolf drying out and putting out the vibe 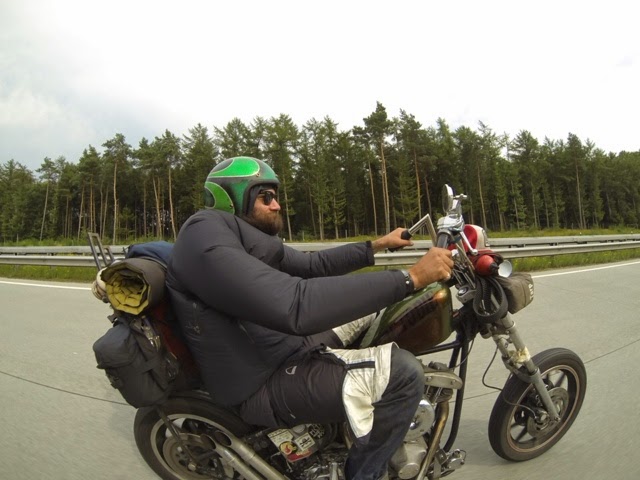 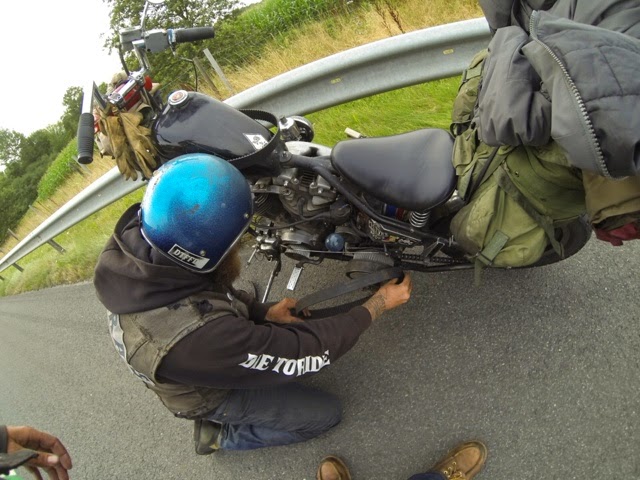 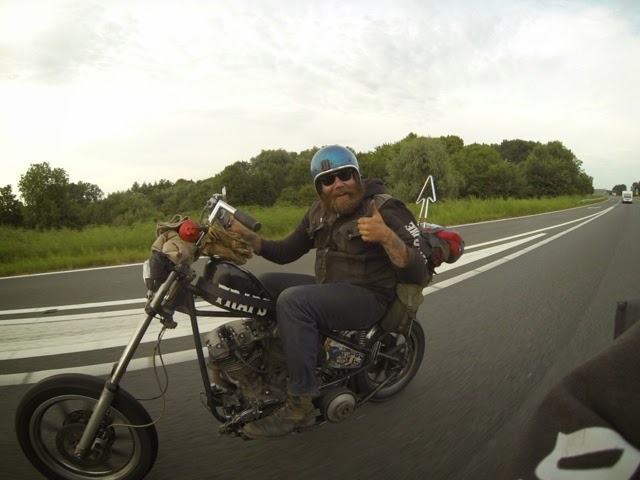 Back in Holland, finally, and crossing the dyke leading us back to west side of the country. 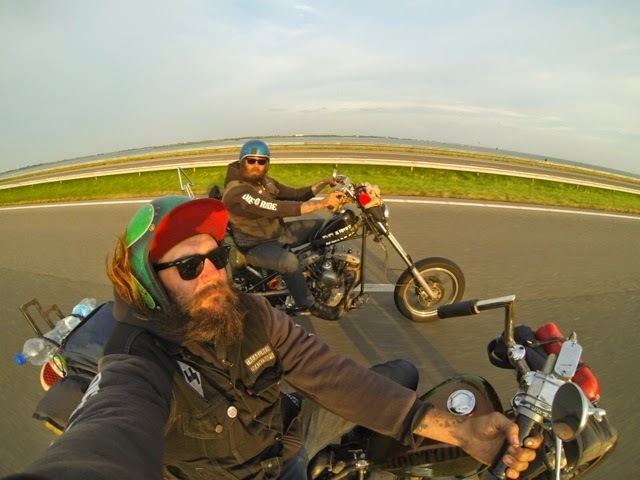 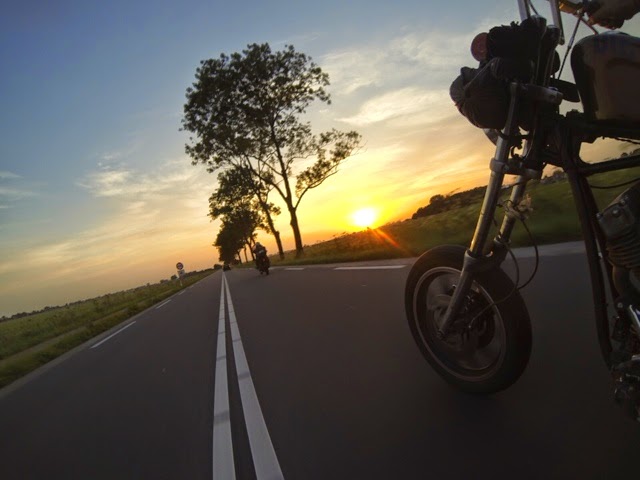