For about the last week Wolf and I spent in  Holland, we started to search pretty hard for bikes in the states to start another project with. Immediately after the Rogues party, Rogues member Limp showed us his next project, which really was only gasoline on our fire.
Fast forward to last week, Friday morning about 4:30 AM, California, sitting in bed searching the Internet for my next bike, I happened upon a '67 shovelhead. Still a little jet lagged, I emailed the guy twice, but he was on the west coast, so I knew it would be a couple hours before he got back to me. Bored, I called the only other guy who was probably up at this ridiculous time, Wolf, and we met up for coffee around 6:30 AM.
Finally about an hour later, after I had showed Wolf what I had found, I got an email back with a phone number and called immediately. Long story short, we were headed to Nevada Monday morning to pick up my new shovelhead!
Silver Lake, Carson Pass 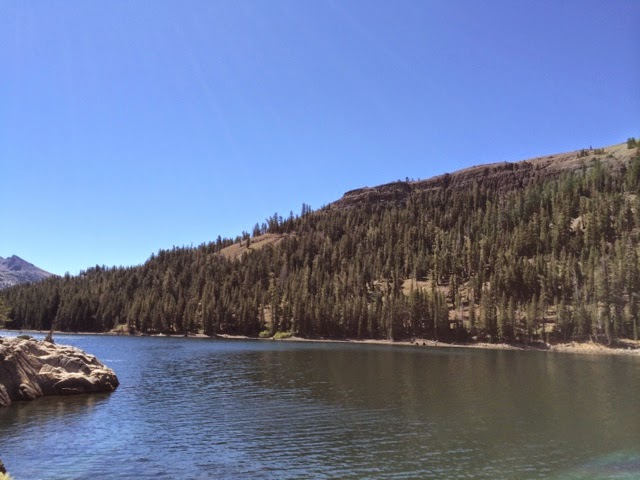 Still smiling after being inseparable for the past 4 months 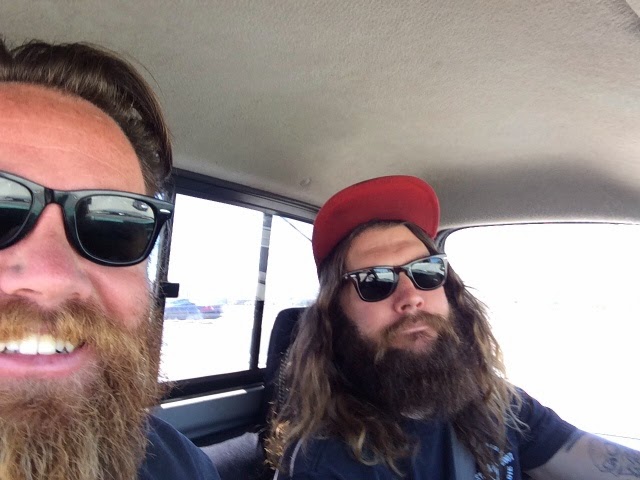 After a quick test ride, a money count, and a handshake, we were westbound again. 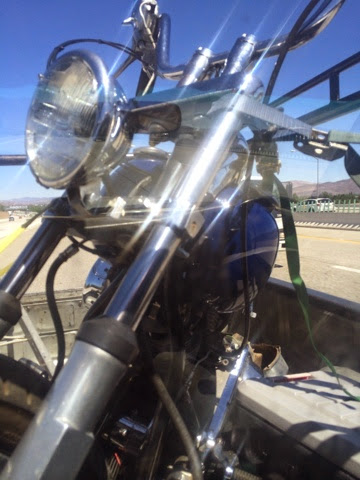 Stopping to enjoy the view and check the tie downs.

Next day, Jeremy and I quickly tearing it down so we can build it up! 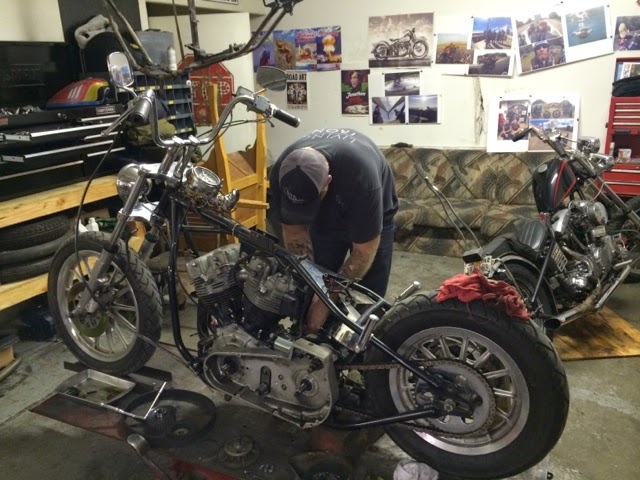 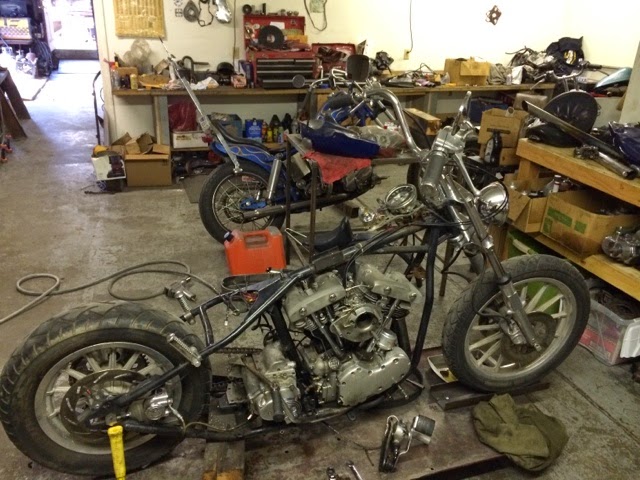