Paughco frames have that bend in the rear section on either side. This one had a little more than stock on the cam side. Looked like a car might have had something to do with it! 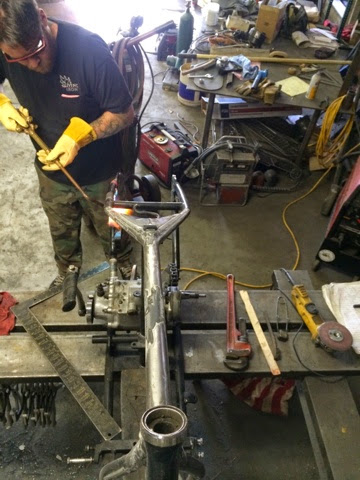 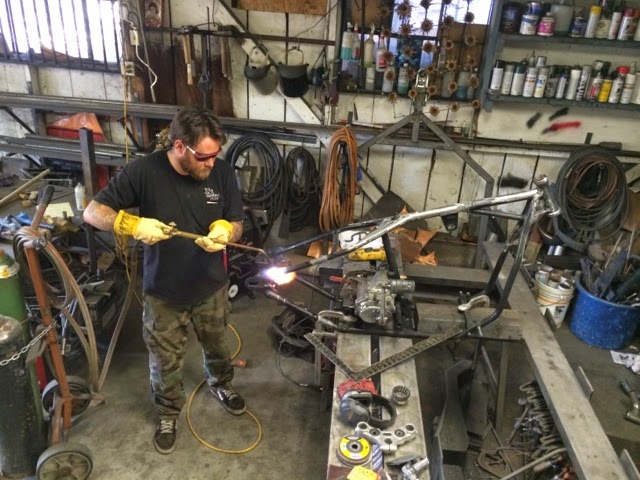 Not a serious disaster though. 30 minutes later, everything got lined out. 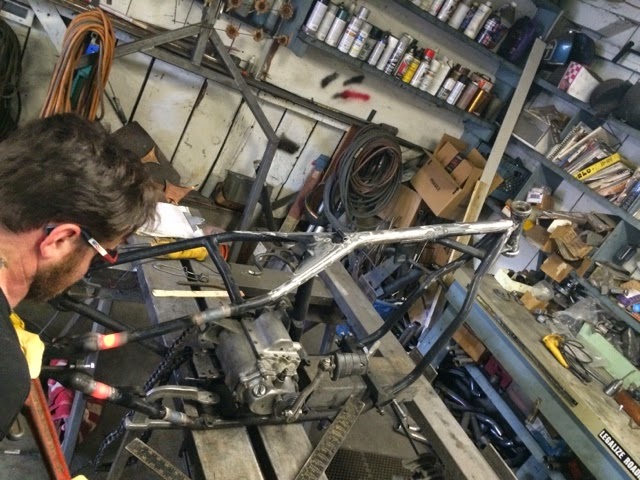 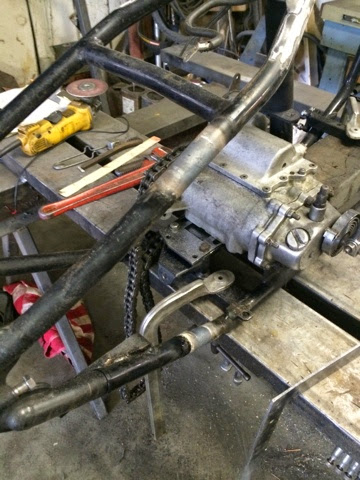 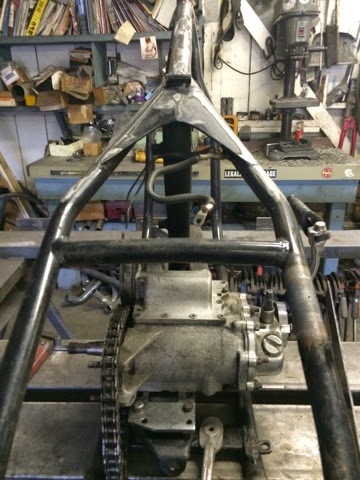 Thinking about keeping the fender tabs so I can make a fork brace for this one. Used the grinder for the majority of the reflector tabs, and will follow up with less aggressive wheels later. 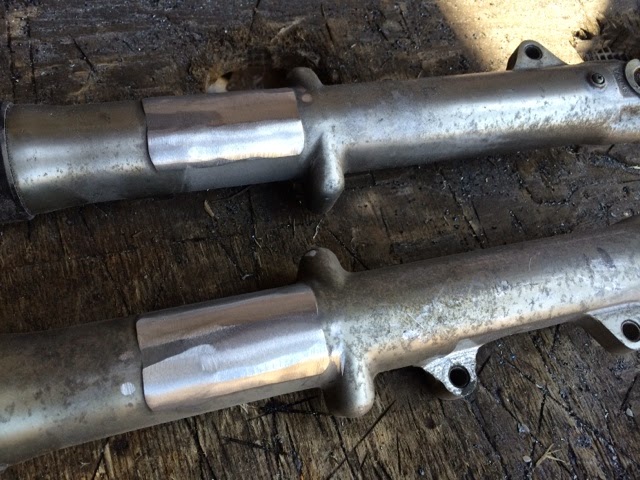 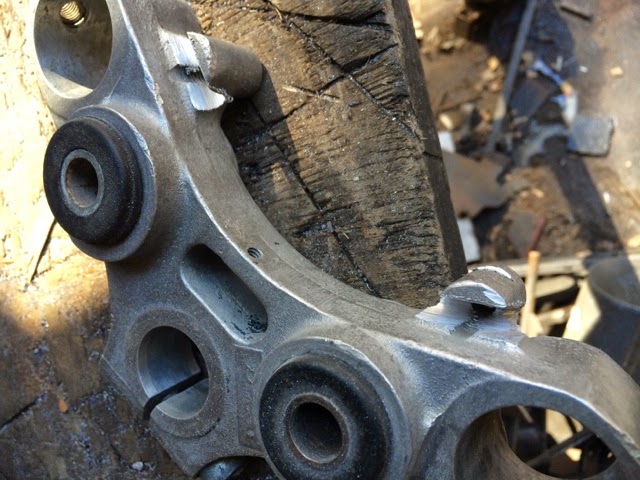 A Little more polishing before it's done. It's like bondo: sounds like a good idea until your arm feels like it's going to fall off after you've been sanding for the past 2 hours! Speaking of bondo, it's next... 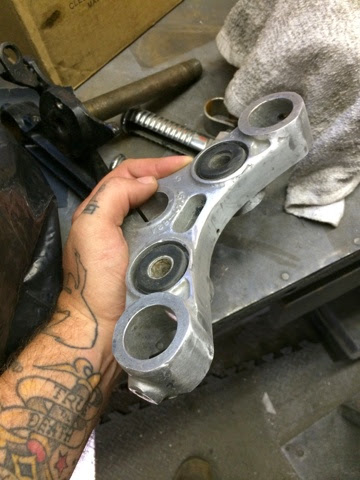