One of the many reasons for traveling north, was to meet up with the Jokers and go to the Fückerfest. This year it was about 450km north of Gothenburg, in the woods, next to a lake. The plan was to break up the trip into two days, camping along the way.
We left the south of Sweden with about 25 choppers, and along the way, we picked up more and more bikes. All old, all kick start, all choppers. Not one Dyna! The younger generation in Sweden have paid no attention to the new bike fad of California!
By the end of the first day we were close to 35 choppers, camping by a lake, enjoying some warmish beers, and basking in the Swedish midnight sun. 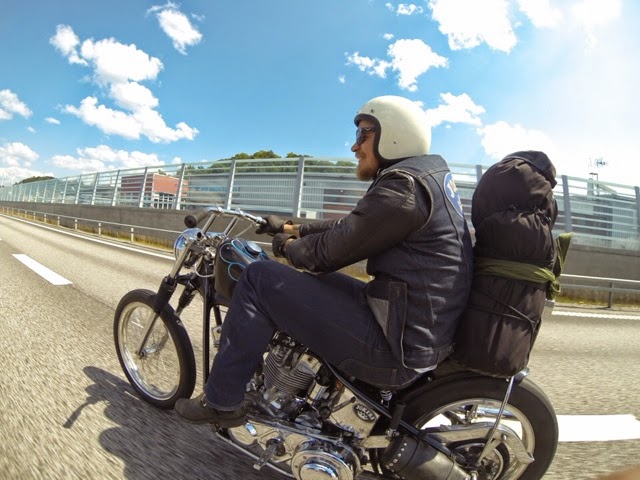 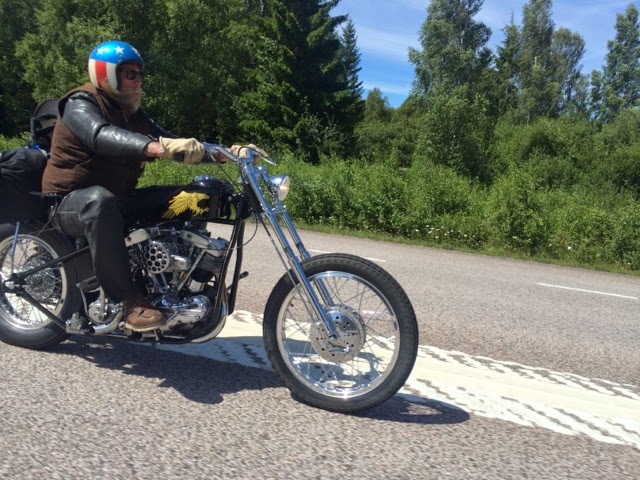 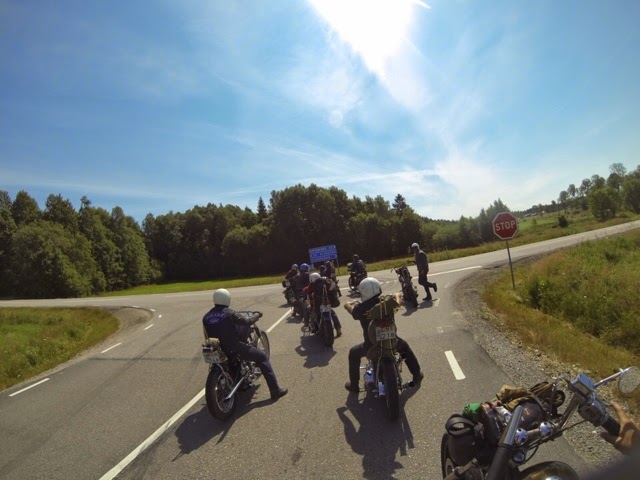 David blew out his wheel bearings on his front rim, and without skipping a beat, loaded up his bike, and hopped onto Wolfs bike. 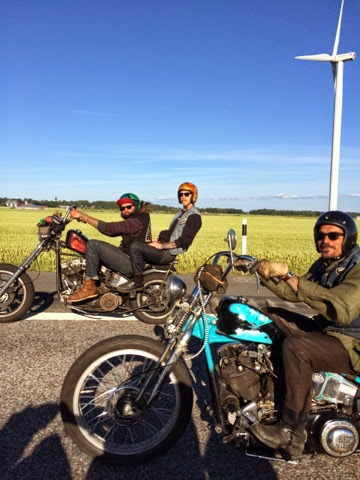 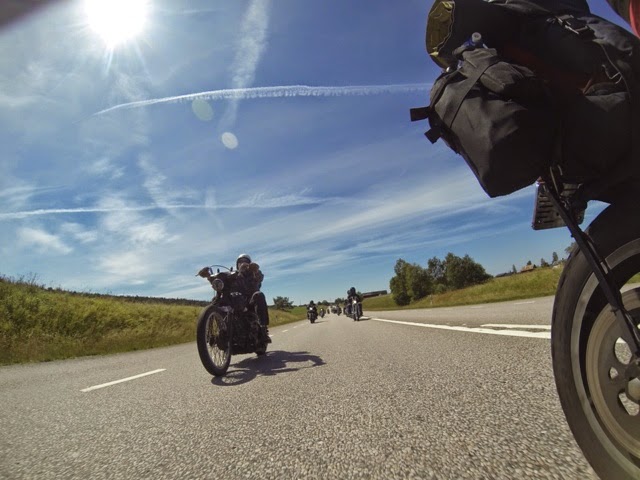 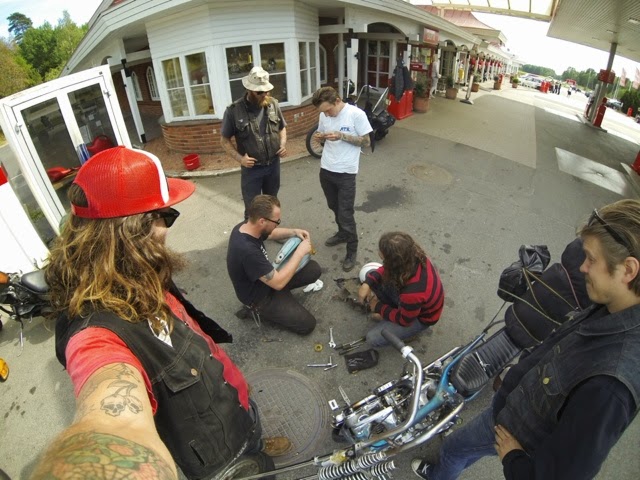 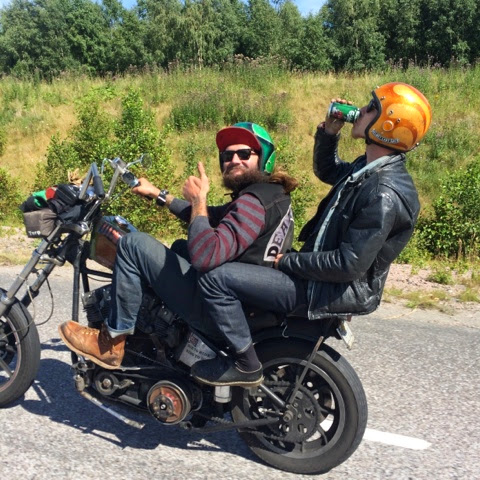 Shawn from Southern California flew in for the party, and got to enjoy Rickard's Panhead for the week. 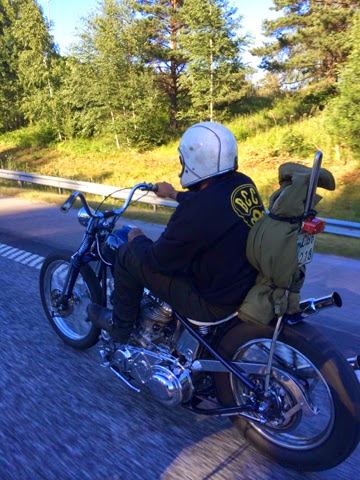 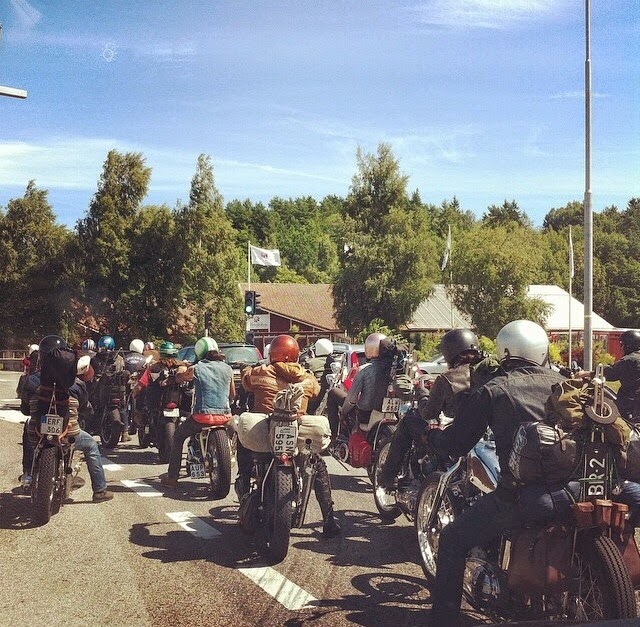 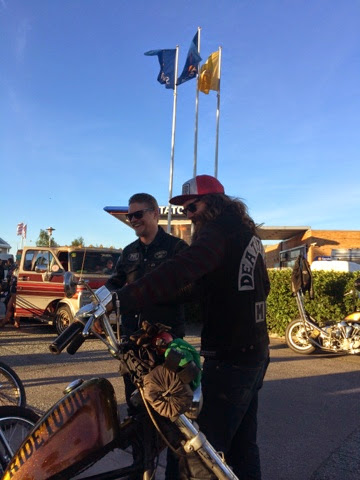 As with most of the righteous chopper party's we've been to, there is always a good collection of people from all over the place. I think within the first dozen bikes here there were people from England, America, Belgium, Finland, and Sweden. 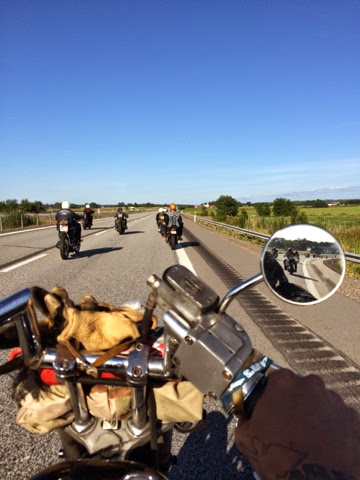 1am, sun is coming up again 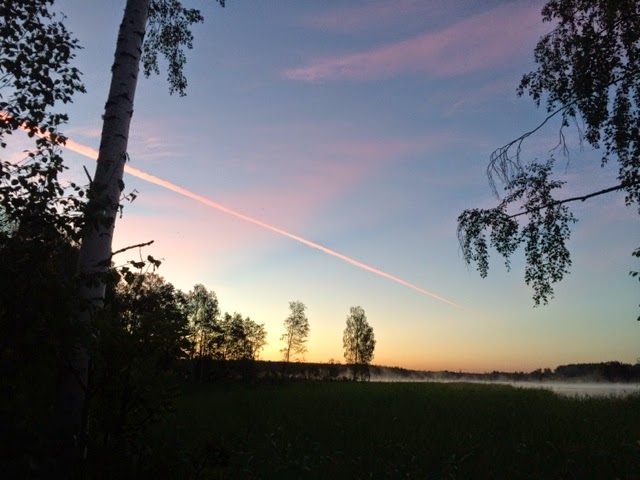 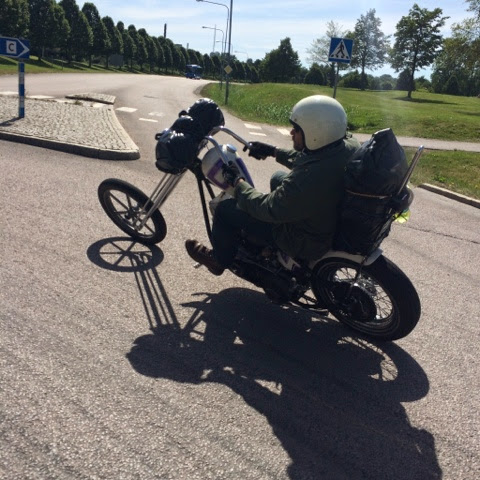 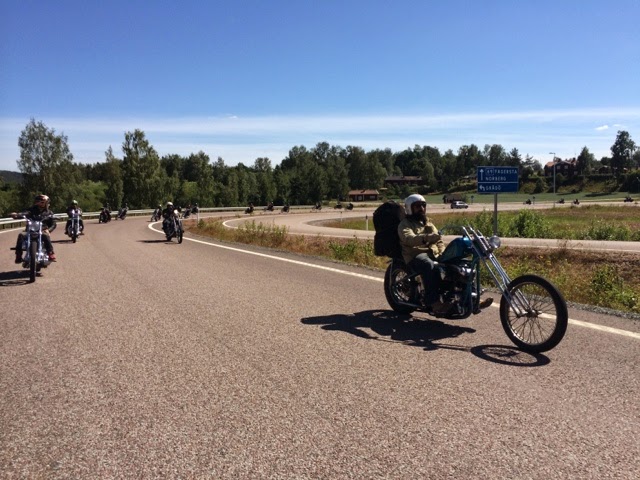 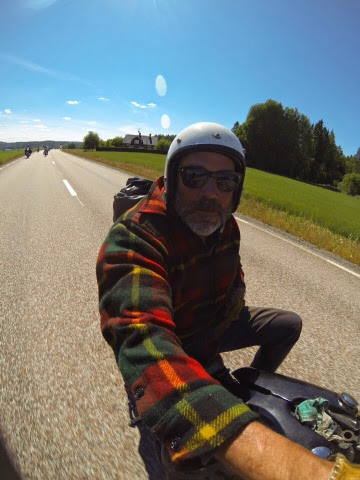 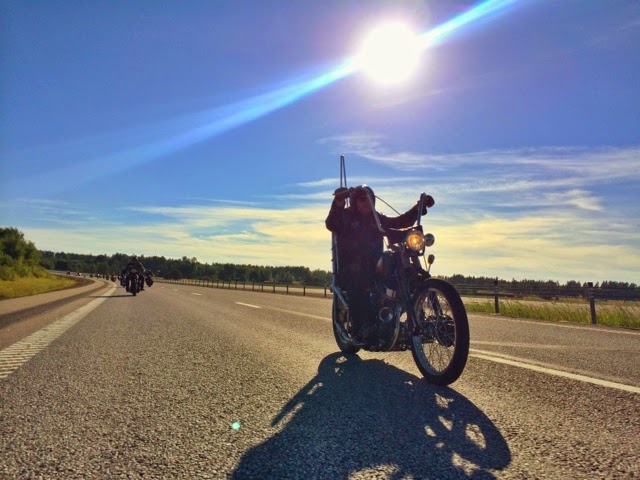 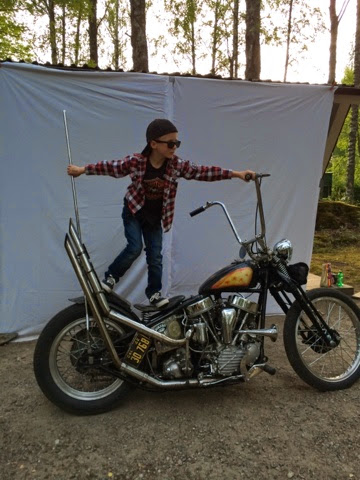 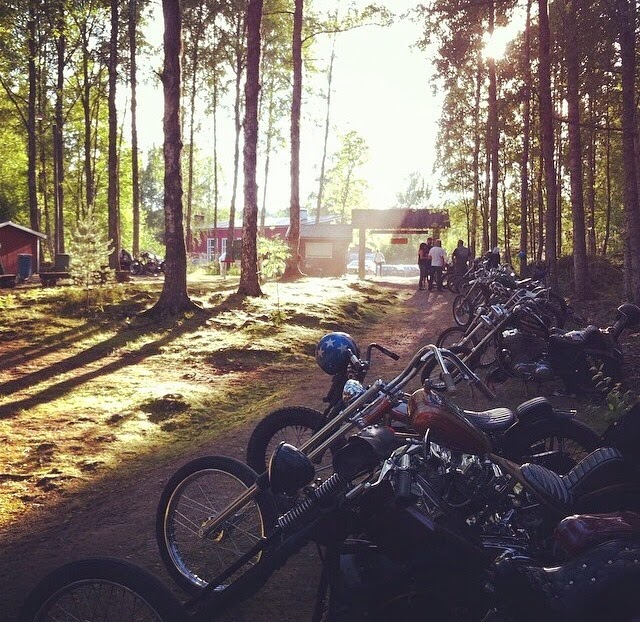 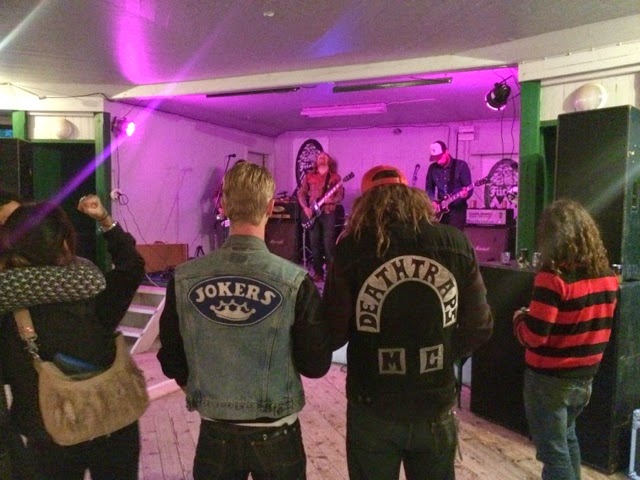 Labels: fücker chopper fest 4, Fückerfest 2014
Newer Post Older Post Home
Deathtraps Motorcycle Club is made up of a core group of riders who believe that the sole purpose of owning a chopper is to ride the living hell out of it.