We left Luxembourg a little hungover from the night before, but excited to be on the road again, heading finally to Sweden. The plan was to head as far north as we could the first day, spend the night somewhere to split up the 1200+km trip, and then finish it off with a three hour ferry ride to Gothenburg on the third day.
We were able to make it to Bremen for the first night, and left with perfect timing just as it begin to rain. We didn't see the sun again until we were about 150km into Denmark. The rest of Denmark flew by while keeping one eye on the clouds that didn't seem too bad or good. Arrived in Fredrikstad dry, and during some sort of daylight, we got a hotel room and some beers and dreamed about what lies just north of us.
Trying to navigate some Luxembourg construction zone 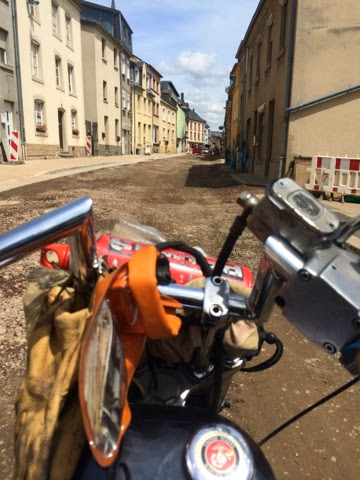 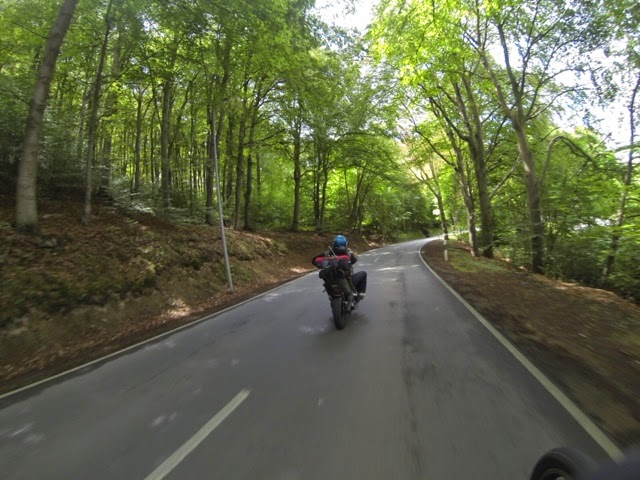 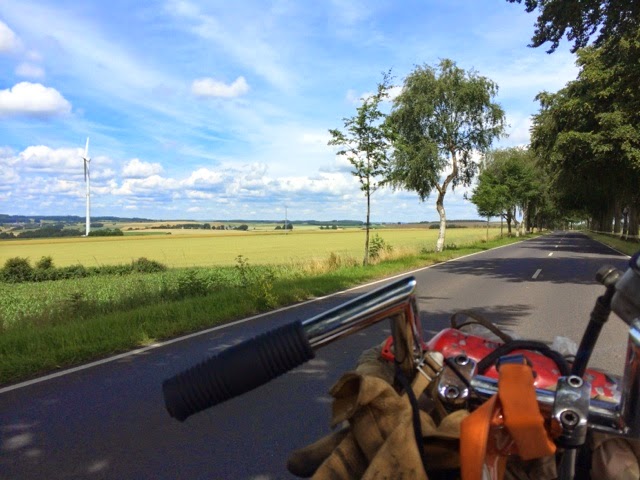 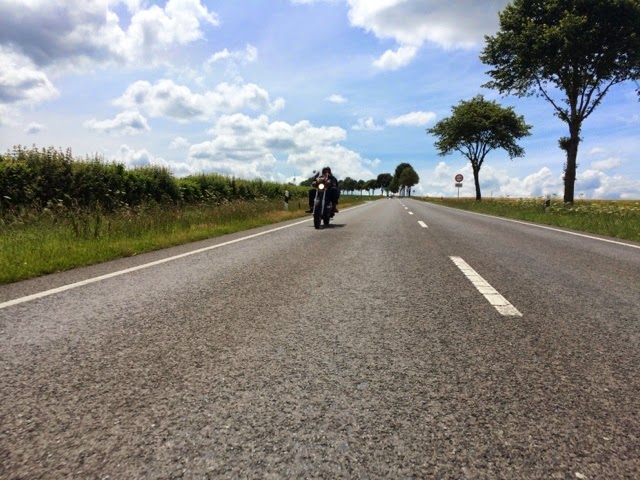 I ran out of gas somewhere in Belgium, put in my spare litre, and then had some flashbacks of France as we tried to find a town with a gas station in it. We ended up finding one just as I ran out again. As we were trying to figure out how to get back onto the highway north, we turn around to someone yelling at us.
As it turned out, Glenn and his ol lady were out driving around exploring towns they'd never been to, when he saw us looking lost, and out of place at the gas station. Fucking crazy!
Once again, it was feeling like a small chopper world as we set off for Bremen. 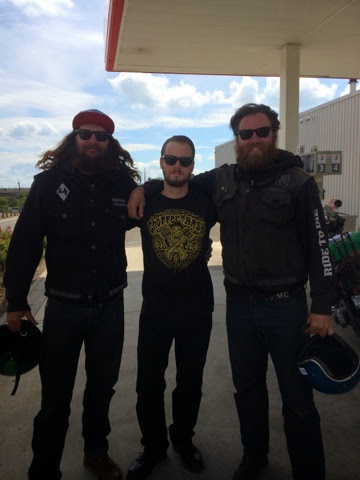 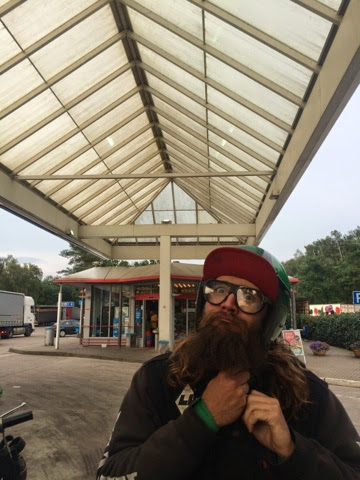 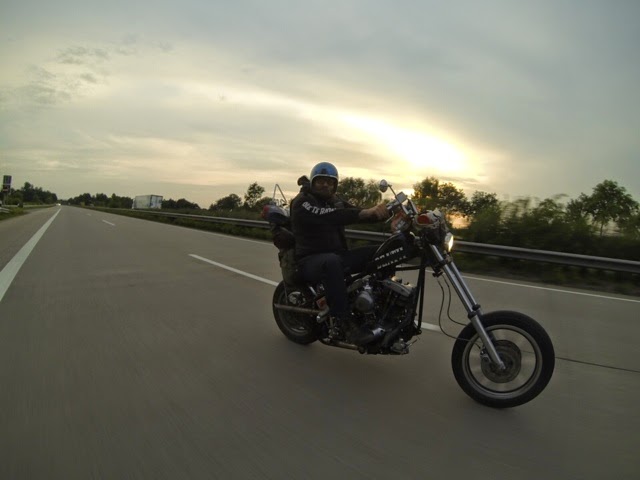 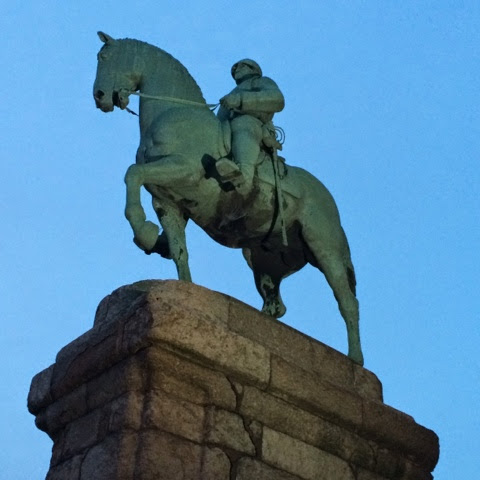 The first picture we were able to take after we left the rain behind us. Denmark looks pretty nice in the sun! 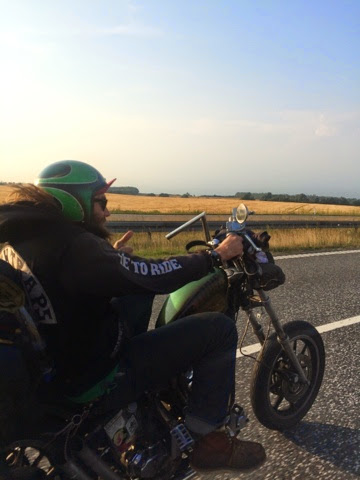 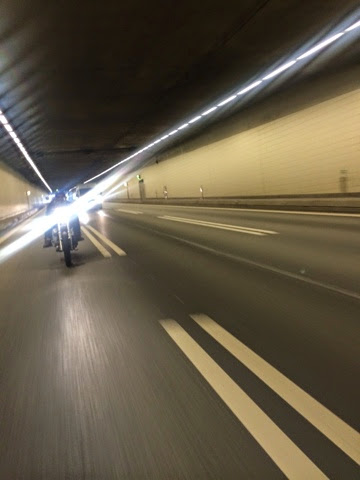 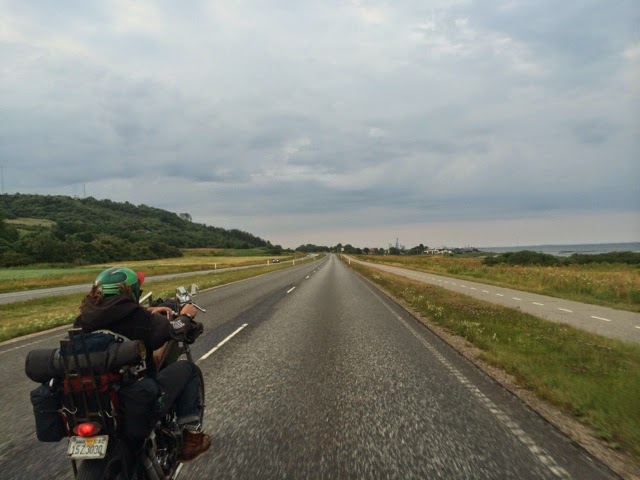 Why enjoy your beers in your hotel room when it's just as comfortable laying in the parking lot next to your bikes! 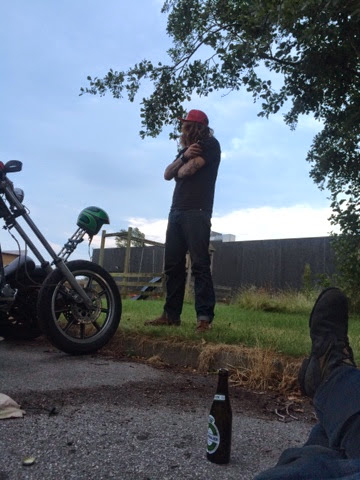 Getting ready to board the ferry 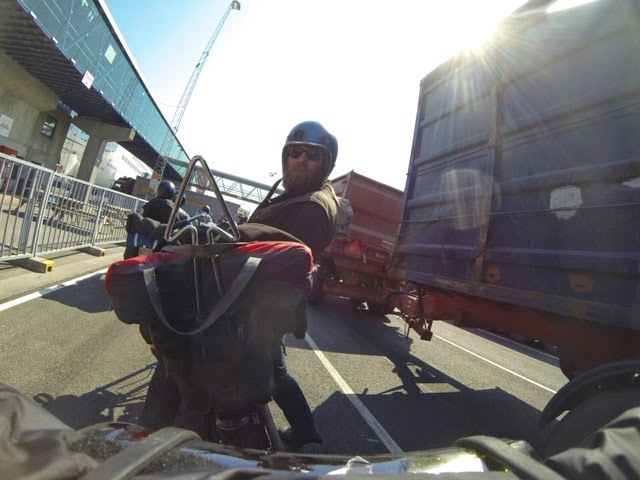 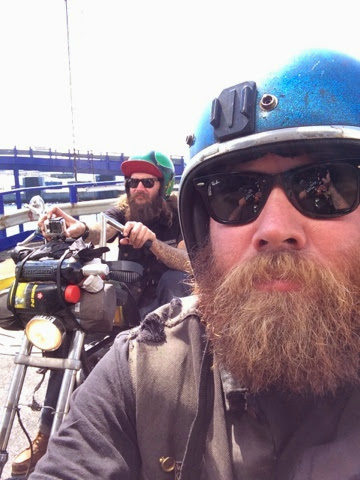 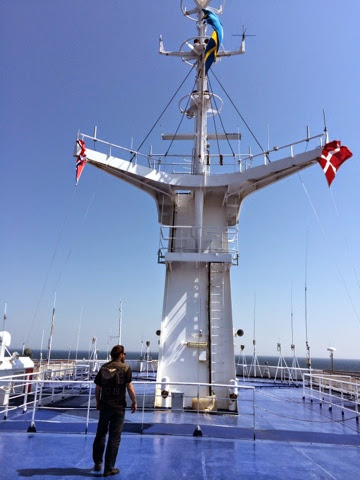 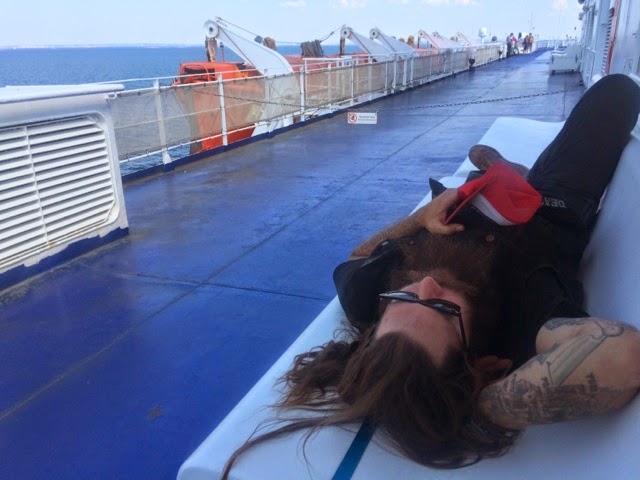 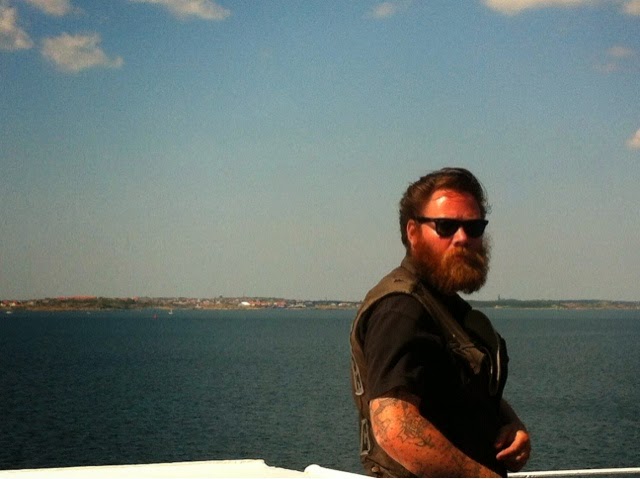 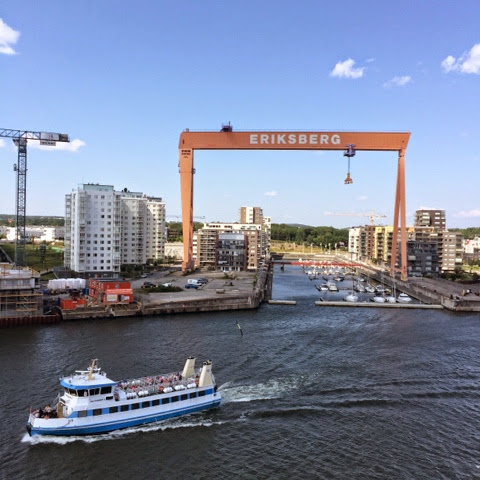 Finally onto Swedish ground, we met Rickard from the Jokers at the port, and the next adventure was on. 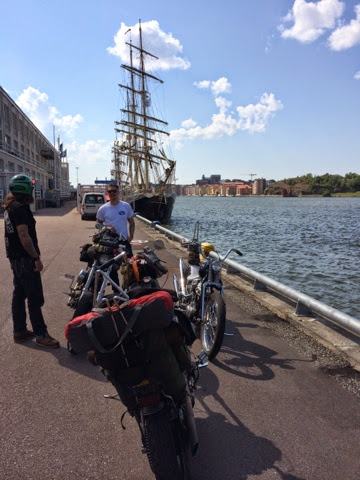 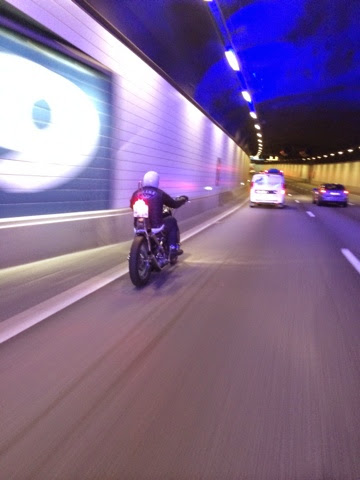 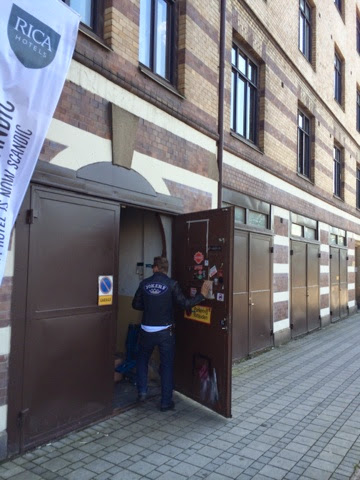 Sebastian, Rickard and Wolf thinking about how to get a third person into the sidecar... 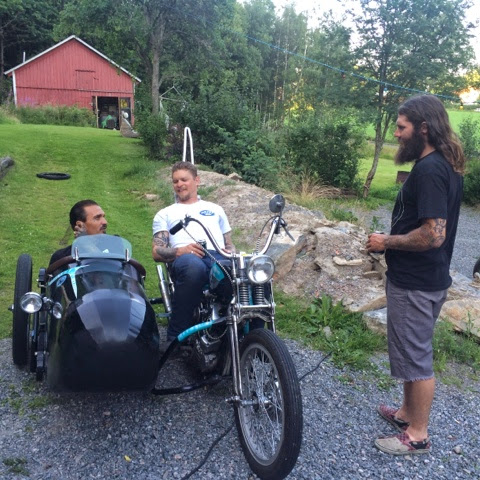