We split from Clint and headed towards Genoa, Italy, with our final destination The Gas Station near Peoria, Tuscany. A battery issue with Wolf was fixed, and we tried to daisy chain the shit battery to my system to keep an extra battery charged. This worked great until we hit the endless tunnel/bridge system in Genoa. I counted over 78 tunnels, without bridges, and gave up. Fucking tunnels.
Anyway, the daisy chain battery system failed us, just past Genoa, just before a bridge. Wolf couldn't pull over (Italians have never heard of or built a shoulder on a bridge) and so we got separated and I was stuck with two dead batteries.
I think about three hours later, a couple scary coasting maneuvers through a tunnel and across a couple bridges, a tow, and a car battery, we were finally on our way south again! Vilmino and the rest of the crew met us in town and guided us to a couple cold beers, great red wine, and delicious Italian food at The Gas Station. The perfect end to what seemed like earlier, as an endless day. 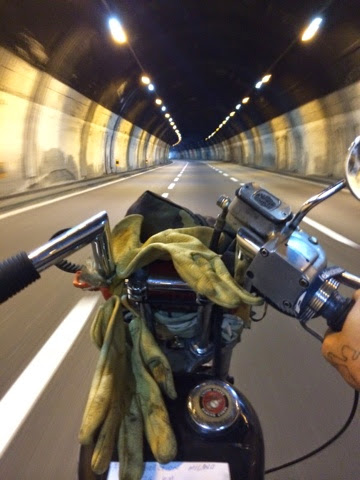 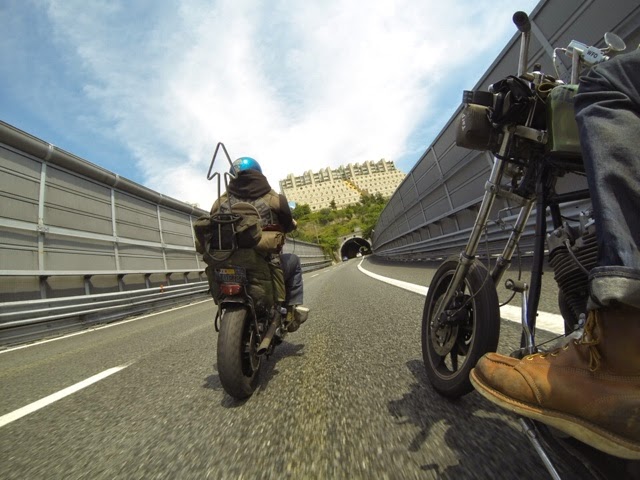 First glimpse of the Mediterranean Sea 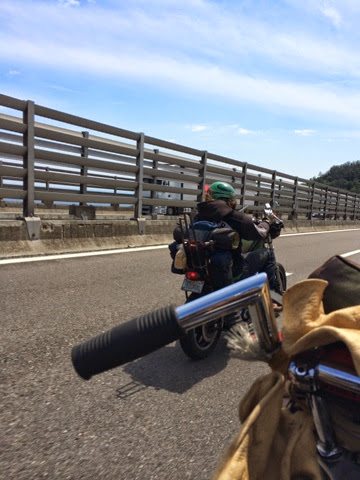 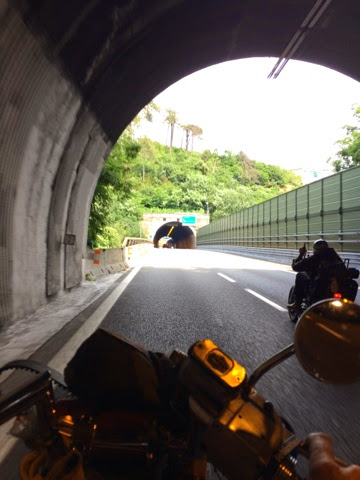 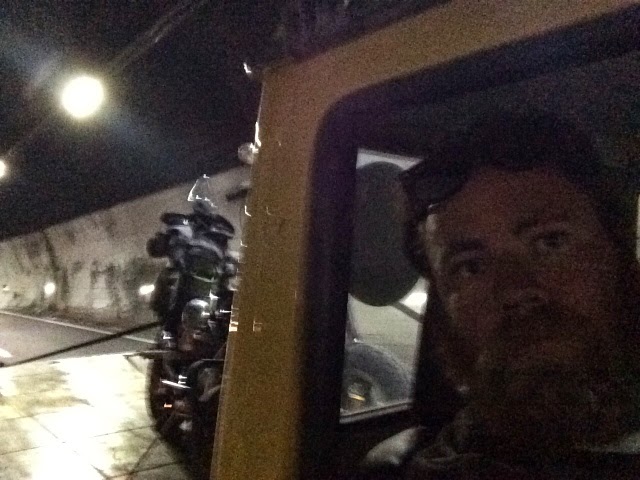 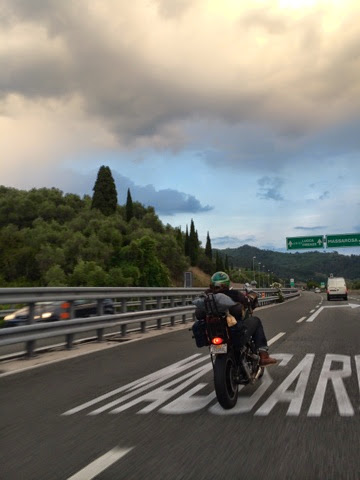 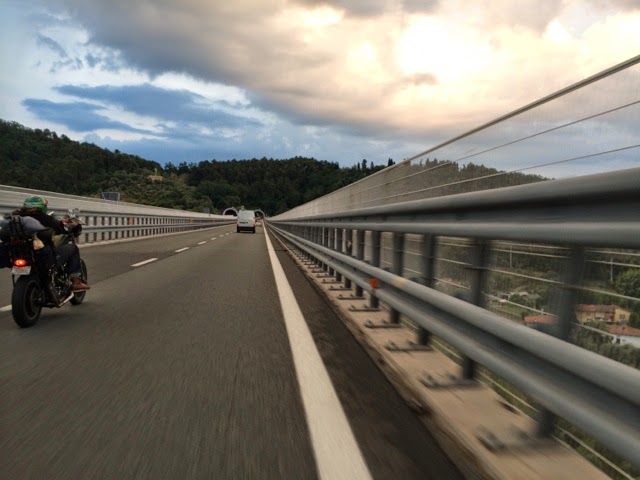 Finally arrived at the Gas Station Jimmy Boy was on vacation from work, and drew the short straw to be our tour guide for the couple of days that we were in Tuscany. Thanks again Jimbo, great times! 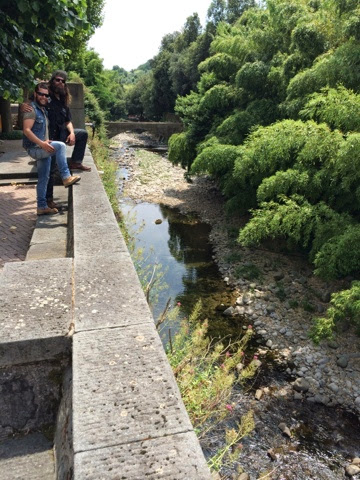 Crazy steep street, in a town built on a cliffs side. 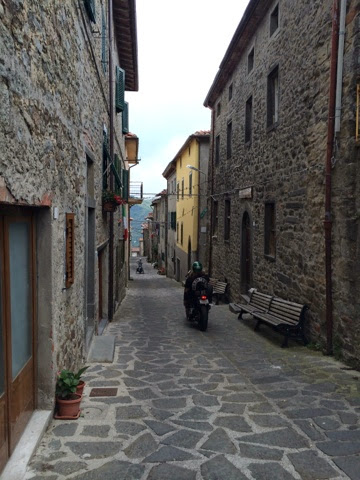 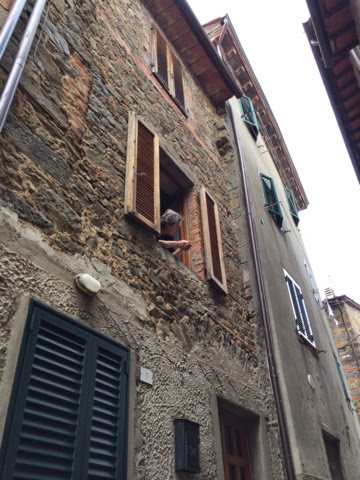 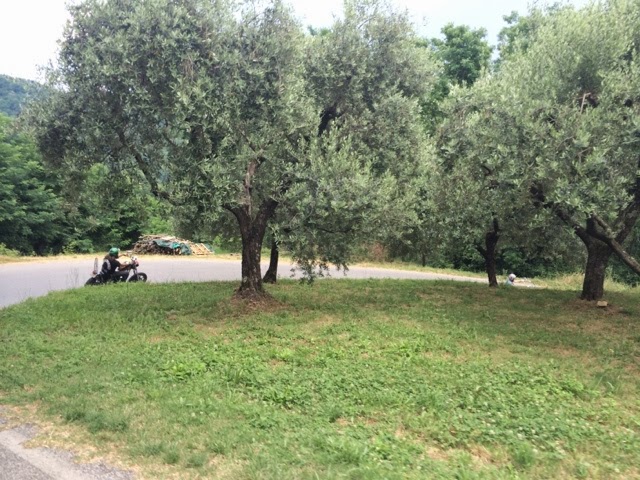 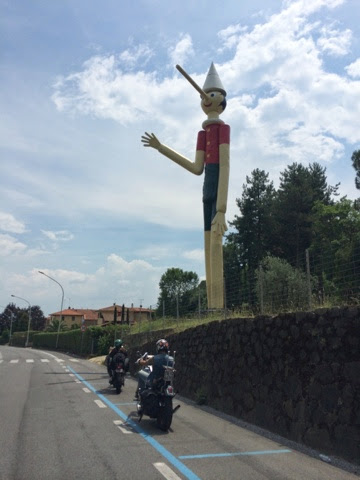 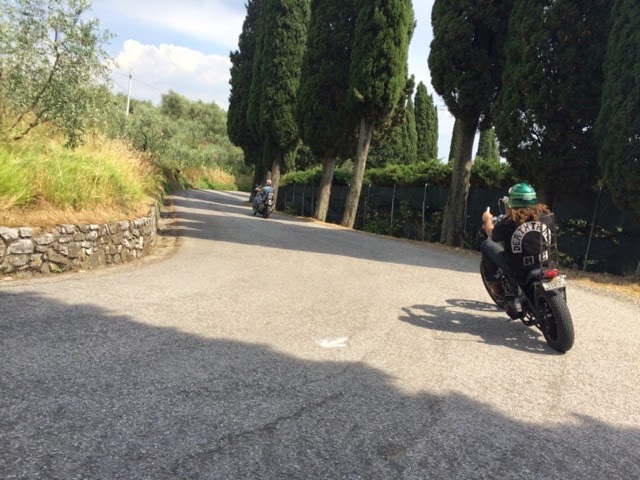 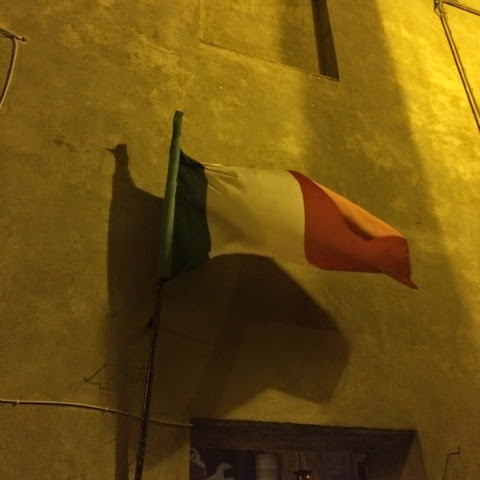 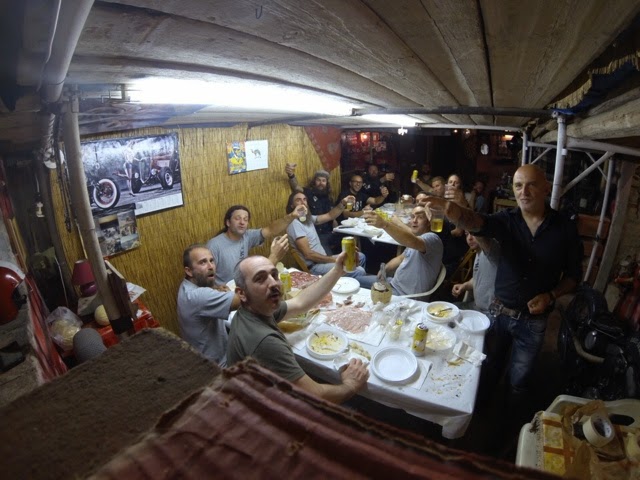 Hitting the road again, headed for Ancona and then Croatia. Thanks again guys! 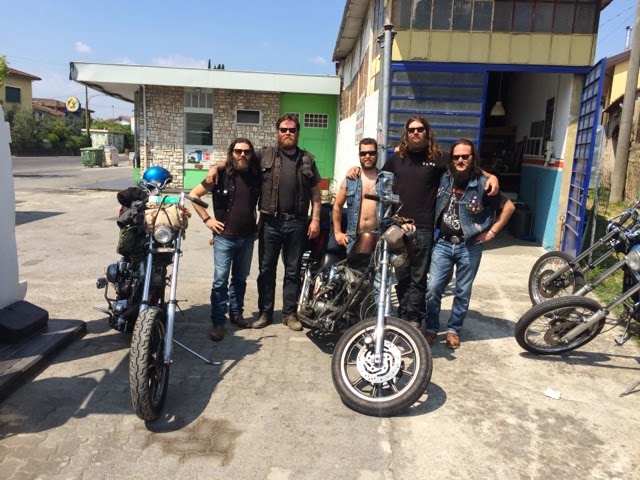